Keith Jackson’s Hampden Article Plumbs The Depths In An Effort To Minimise Our Victory. 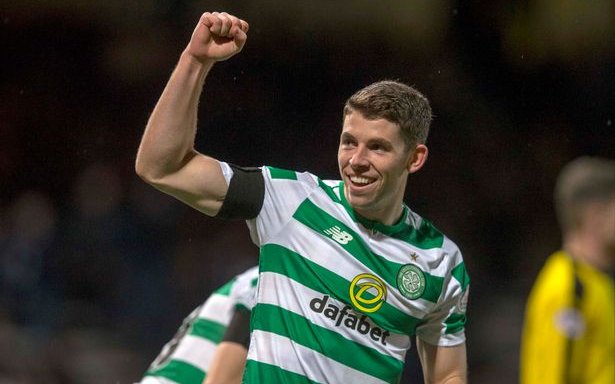 I have read some bad Keith Jackson articles and I have read some that make the word bad seem insufficient as a description. I have even read some which disgrace the profession in which he works, either because they distorted reality or were badly written enough that you wondered whether he wrote them on acid or if you had accidently swallowed some.

Yesterday he broke new ground, and wrote something so appalling that it genuinely astounded me.

I read it sitting in an airport coffee shop and it’s only for that fact that I was able to refrain from giving vent to my anger in a way that seemed appropriate; in other words, had I been sitting at home there would have been plenty of expletives loudly directed at the screen.

Jackson’s article is just disgusting, and that’s a word I have not used about a media article in a long, long time and it gives me no pleasure to do it here but that word is not only fitting, it is the verdict that is necessary and which his piece deserves.

In seeking to deny us the full, and deserved, credit for a remarkable achievement he has clambered over the wounded figure of Gary Mackay Steven.

In trying not to pay us our due for a performance and accomplishment all the more remarkable for it being on the back of a hard-won European victory in midweek, he has levelled a horrific charge at us.

His article uses some of the most intemperate language I’ve read in a piece for a long while.

It accuses us of “robbery”, and a suggestion that Aberdeen deserved more than they got.

And yes that’s a word you do sometimes read in the context of football matches, but aside from it being manifestly untrue, his piece has a darker element to it.

It has accused of us – our players, our manager – of being “callous.”

He actually uses that word, in the context of our goal, scored as he puts it, “in the very injury time that had been required to nurse Mackay Steven back to consciousness.”

Jackson has written the article as though he believes that we got lucky, and that’s fair enough I suppose, but to invoke the dark spectre of what might have been in the case of our former winger, and to use that to suggest we might not have won the game otherwise, which he has implied in the idea that it weighed on the Aberdeen player’s minds is outrageous.

It is a ridiculous claim.

Professional footballers have played on in spite of injuries to team-mates since time immemorial.

But worse is the use of that particular word – callous – in the context of our match winning goal.

I understand Jackson’s bitterness, and he’s not the only person using the injury to Mackay Steven as a reason why we won the match, but the use of that word is despicable. In it is the implied suggestion that we should simply have stopped playing until we made sure the Aberdeen players had their bearings. It suggests that we broke some sort of unwritten rule, that our conduct in daring to score was somehow suspect.

Are our players somehow to be ashamed for focusing on the job at hand? Jackson wants us to be, because in his mind that devalues the excellent moment that won the match.

Had he used the word “ruthless” I would have agreed; ruthlessness is what separates the great teams from the merely good ones, a killer instinct that has to be honed over time. And under Brendan we are a ruthless machine. We will exploit the slightest mistake. We will capitalise on the tiniest break of the ball or advantage which circumstances present.

It’s why our players were able to focus in spite of what had gone on shortly before, why we were able to get our heads down and carry on with the game. If Aberdeen players did take their eyes off the ball, then as understandable as it was, then hard as it is to accept it was also a lack of professionalism on their part.

Jackson may have other ideas, but football is not a business built on sentimentality. For someone who has spent so long ignoring clear-cut scandals in our game, the idea that he would get animated over notions of sporting integrity now, over this, is frankly laughable. We broke no rules. The game was restarted when Gary was on a stretcher and in the best possible hands. There was nothing further that our players nor those of Aberdeen could have done for him.

We had a trophy to win and we got on with it.

The prizes sometimes go to the team who are most committed and that’s us to a T.

Jackson’s diabolical use of the word “callous” suggests a heartlessness, something bordering on contempt for Mackay Stevens’ and the players in his team. It suggests a complete lack of empathy or concern for the player’s health.

Yet Gary Mackay Steven played for us, he played with nearly every member of our starting eleven yesterday and he’s been on active duty with many of them for Scotland.

If Jackson thinks our guys were any less worried for the player’s wellbeing than those at Aberdeen I would suggest that his frustration over the result has boiled over and he has taken leave of his senses. He should take off the blue-tinted glasses and at least try to regain some measure of sanity, because he’s writing irrational garbage.

I know that regular readers feel that we should be banning these people from Celtic Park.

I sway on the issue because whilst I strongly support freedom of the press and would not want our club to be fawned over the way the media does a certain other club, I also don’t think that people who troll us and smear us should be able to post that stuff from our own front room.

Jackson’s article goes several degrees too far. It is a piece of excreta which I think merits a response over and above hand-wringing. At the very least the club must make it clear how unacceptable that piece is. The only way to do that is with a ban.