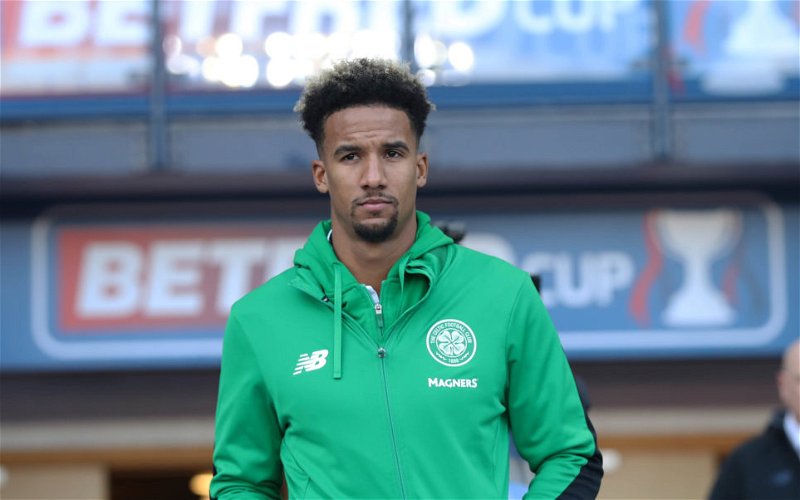 Last week, I thought Scottish football behaved superbly, almost at one, over the reaction to an Aberdeen fan directing racist abuse at our own Scott Sinclair. It was one of the finest things that I’ve seen from the sport in recent years, with footballers from across the spectrum coming together to roundly condemn the vile behaviour.

Let me open this by saying that when Shay Logan levelled accusations against Celtic fans earlier in the season I said that if there proof of this then those responsible should be arrested and then prosecuted to the fullest extent of the law. I was furious at the way an anti-racism charity used Brendan’s Rodgers response to it to label him an apologist; he ought to have sued them over that, but he’s a better man than some of his critics.

I could not fault that organisation here; they were out in front of this double quick.

It is not the first time Sinclair has been racially abused, and they were excellent on that occasion too. In fact, that’s how I got to know some of their staff.

They had wanted the SFA to make a comment. The SFA did not bother. The SFA is just as silent here, as it was silent over the Logan allegations. Two Hearts fans were arrested over racist abuse directed at a Motherwell substitute. Through all of it, that same lack of comment.

The SFA’s silence on matters like this is quite disgraceful, and one would be forgiven for harbouring the suspicion that it is so they don’t have to deal with other kinds of racism and by virtue of that need to tackle sectarianism with it.

How much longer will we have to wait until the game here takes this kind of stuff seriously?

An allegation about abuse directed at Raheem Sterling surfaced at the weekend in the EPL; already the FA is way out in front of it and launching an investigation. The PFA has come out in support of the player. There’s even criticism of the role the media down there plays in the promotion of racist attitudes in the way it reports incidents involving black players.

I will give our media this much; they do not indulge in that kind of trash, although the way they covered Aiden McGeady and James McCarthy’s decisions to play for the Republic of Ireland and not Scotland left a seriously bad taste in the mouth which remains, and contributed to those guys getting an awful lot of stick at away grounds.

Stan Collymore has said the furore over Sterling will blow over and that “nothing will change”; he may well be right, but he might also be wrong. At least the debate has been opened by his social media post and the issue is being properly confronted.

What is clear is that up here there is no appetite for even having the discussion.

The press wrote it up for one day and then hurriedly moved past it. We’ve always had difficulty, up here, in confronting the uglier side of the game although we gladly promote the Celtic – Ibrox NewCo match for its “passion”, which in that case is just another word for “hate.”

Scott Sinclair has put up with racism on and off the pitch here in Scotland. It is the second time it has been directed at him from the stands, but he was also the victim in a high-profile incident in one of the lounges at Glasgow Airport, for which people were arrested.

Celtic players know getting some stick goes with the territory, but racism is above and beyond what anyone, anywhere, should have to endure. Last week numerous people at all levels of the game expressed their unqualified support for him … everywhere but where it mattered most.

Our association has done nothing to help him.

And that is simply unacceptable, and something that has to change fast.