Celtic’s Form Dip Is Not About A Team In Decline. It’s About Complacency At The Top. 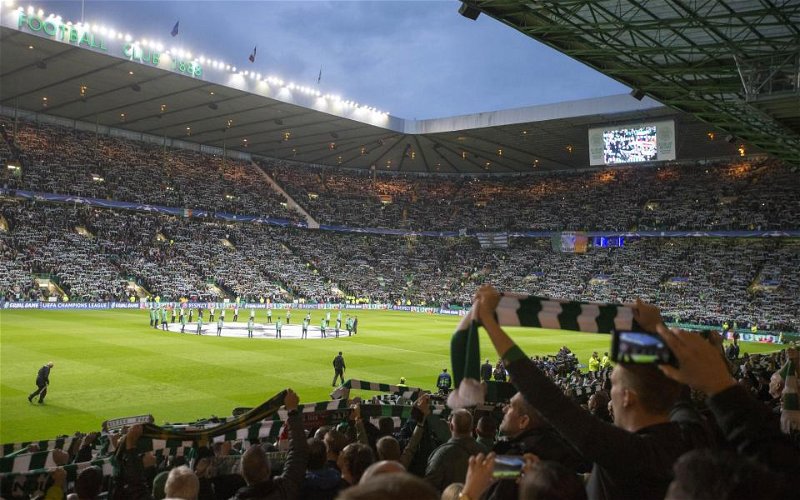 Later on today, I’m going to do a couple of articles on specific issues affecting the team.

But it’s not the team itself that is the problem at Celtic Park, not by a long shot. When we are at full strength we are virtually unbeatable here in Scotland. The issue is not about that. As I’ll highlight later, the problem is strength in depth. We’ll get to it.

When Brendan first took over, he inherited a very decent team.

He made some additions which were initially very shrewd; Dembele and Sinclair were superb signings, shows of force from the club, signs of real vision and ambition. In the first January window we spent £3 million on a project player, Kouassi Eboue. What a show of force that was.

From then on the slide began, and we might have been wise to see it coming.

The problem started with our Invincible campaign. Those upstairs in the board room looked at that and decided that they had nothing further to do. They hamstrung the manager from that point forward, and they did it because he did too good a job.

With Celtic at the height of its power, we were actually outspent by the Ibrox NewCo the following summer. They did that to us again at the start of this one.

It was sheer complacency; you have to call it that, because otherwise it looks an awful lot like people deciding to protect their profit-related bonuses first. This stopped being about “the good of the club” a long time ago.

When a skint club out of Ibrox can flat-foot us what’s the point in all these “financial geniuses” at the helm at Celtic Park?

The players at our disposal are the best in the country. But some are exhausted from the toughest footballing schedule in Europe. Some of these players have played well over 150 games in the last three years; think about that for a moment. It’s all well and good saying they have a summer to recover but in fact the time gets less and less with European qualifiers coming upon us faster than ever before. The winter break helps … but not enough.

It also doesn’t help that we have an idiot as National Coach who thinks it’s a good idea to haul players who need a break halfway across the world for meaningless friendlies at the end of a long domestic campaign. There are no words for how outrageous that is.

Our Invincible team needed help, and Brendan said so.

But the geniuses above the manager looked at that achievement and concluded that they knew better. Our net-spend over the past three seasons, those of our biggest successes in decades, those where our financial muscle has never been more apparent, has been vanishingly small … pathetic, in fact.

Our board talks about its ambitions for our club, but markets it as a stepping stone.

The truth is, they are content for us to be top in Scotland and occasionally making the group stages of the Champions League; they have no greater aim. And when it comes to Scotland they look at the pitiful forces arrayed against us at our so-called “biggest rival” and believe that we can’t be caught.

When you allow yourselves to be outspent two summers on the trot, when your own team is being weakened by the departure of key players who aren’t then replaced with similar quality, and when the CEO thinks messing about to save a couple of hundred grand on a deal represents leadership then of course you can be caught … we’re damned lucky Rodgers has been able to squeeze what he has out of this team in the last 18 months.

The time has come to give the manager what he has been asking for in that time; first-team ready footballers who can take us to the next level. I don’t know whether he’s happy with Weah and the prospect of signing Bayo, but the first is a kid on loan and the second is plying his trade in Slovenia and we’re supposedly messing about over the fee.

It’s not impressive, and if the manager is as underwhelmed as some of the fans are then this window, and the storm that follows it, will make what happened in the summer seem tame. The problem we have are not with the players or the manager. The problems are with the complacent folk above them who believe we should be miles in front of the Ibrox club … and if they had given the manager the support he needed we would be.