Lewis Morgan Can Leave Knowing That The Road Back To Parkhead Is Open For Him. 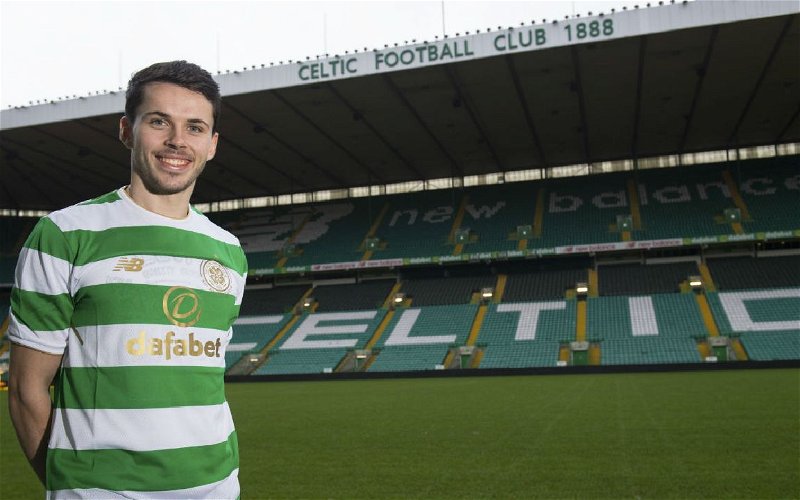 The kid has gone out on loan to Sunderland, which is a good move for him and for them. Their manager Jack Ross knows him well, and will certainly give him a proper stage on which to show what he can do. There’s no doubt that he will play games down there, and he’ll probably do well.

Morgan would be forgiven if he was a little disheartened by this, but he shouldn’t be.

The parallels between his current position and that which Ryan Christie found himself in are obvious. He came to Celtic Park amidst much optimism and left on loan after a dismal spell here where he seemed like a fish out of water. When he spent a further full season away from the club there was speculation that he was not going to return.

His contract was running down. It looked to be over.

But Brendan never writes any player off, and when Ryan was given what looked to be his last chance in a team wracked by injuries he grabbed it … and how. He has not looked back, and a new contract sealed the deal.

Last night’s superb goal was just the latest from a player who looks as if time away from Celtic Park was nothing but a brilliant preparation for coming home.

And Lewis Morgan has the same opportunity.

He is too good a player to be sitting on the bench every week and it was always likely that he would be heading for pastures new in this window. The feeling was that he might well wind up at Aberdeen; I understand though why he preferred the move down south, to play for his former boss at St Mirren.

Morgan is an exceptional young footballer who had a huge leap to make from being a St Mirren player to being a first team regular at Celtic. It was never likely to happen quickly, but like Christie and Ajer he has way too much talent to forever be on the fringes.

We have him tied down on a long term deal and it will do him no harm to be out on loan.

He will return, and experience suggests that he will come back a vastly improved footballer and someone ready to step up and claim his own place in the squad.