John Hartson’s Article Today Is Superb. It Beautifully Stands Up For Celtic And The Fans. 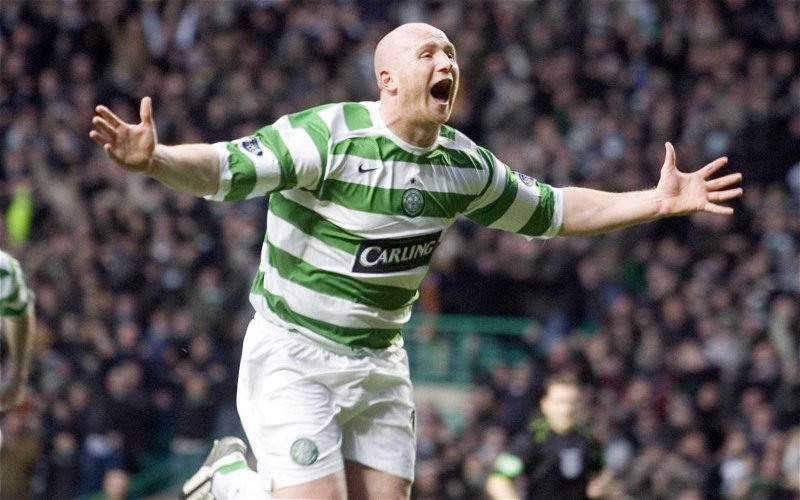 One theme I return to over and over again on this site is the one about how our ex-players seem to think giving us as hard a time as they can is the way to build careers in the media. Indeed, it may well be when you consider how many ex-Ibrox footballers do it.

Those who look for every excuse to slag us off are well known; Provan, Nicholas and Walker are foremost amongst them and I don’t know a single supporter who does not roll his or her eyes whenever their names are mentioned. They are, to be frank, so bitter that it’s embarrassing.

Whatever our club did to these people – except make them famous – it eats away at them in a manner they cannot help expressing over and over again.

Then there are the others, of whom Chris Sutton is the most notable, who seem to think the way into people’s hearts and minds is to rabble rouse and say whatever nonsense pops into their heads. I grow weary of Sutton at times, a man too in love with the sound of his own voice to properly consider what comes out of his mouth.

All of them are overshadowed by Big Bad John Hartson, who manages, somehow, to behave sensibly.

He criticises us when that is required, but in a measured way Sutton could learn a lot from.

He refuses to sensationalise.

And above all else, he stands up for us when he sees us under attack.

It is everything I want from a Celtic man in the press box.

Hartson’s slap-down of Kris Boyd today was a welcome one.

He rightly rounded on the moron who threw a coin, and on the clowns who still think flares and smoke bombs belong inside a football stadium, but he was quick to pour scorn on the idea that Celtic fans behaved disgracefully towards Boyd and in general.

To be fair to Boyd, even he has low-keyed the whole affair although that might not still be the case the next time he publishes one of his self-promotion pieces. Hartson has his number though; Boyd thrives on being controversial and stirring fans up.

He should expect to take a bit of stick. Hartson knows what real hatred sounds like, as he pointed out.

The big man has not flinched today in his Evening Times piece. He has stood up for Celtic fans and for common sense. Others want to sensationalise some verbal; for the record, I don’t believe the song sung at Boyd is sectarian and never have. It might be distasteful, but our fans know what “orange” means and it doesn’t mean Protestant; anyone trying to argue otherwise is reaching, desperately, for something that isn’t there.

Hartson didn’t say that, but then he didn’t have to. He was measured and calm and spelled it out in a way nobody could possibly miss; Boyd’s own frustration boiled over in his comments afterwards.

“Kris had a little pop about Celtic fans being the “so-called best in the world” but I just think a little bit of that comes down to the fact he played for Rangers, he is (a) fan,” he said, getting right to the heart of the matter. “His Kilmarnock team had just lost a last minute goal, a goal that changed the complexion of the title race … We all know what team he bats he for just as you know what team myself and Chris Sutton bat for. That’s just the way it is.”

Indeed, big man. This is why I love you.