Mad Dog Is Muzzled And Stuck In The Kennel For Three Matches After Losing His Appeal. 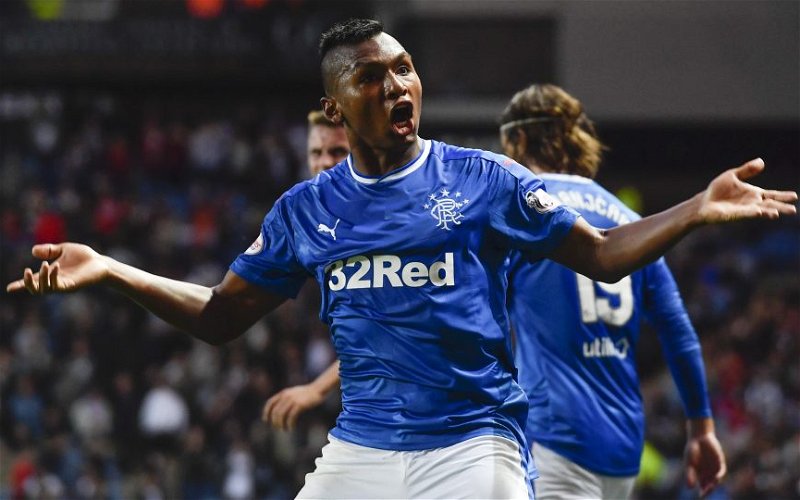 Well, well, well. The SFA is having a bloody good day.

And it’s about time too.

It has taken them a while.

Perhaps it was the sight of Andrew Dallas giving four penalties in one game that finally freaked them out.

Maybe that was the moment the agendas became too obvious to ignore, the moment when it just got a little too blatant.

Perhaps it was the barely concealed fury of supporters up and down the country, believing they were watching a rigged game.

Morelos’ behaviour at Pittodrie was shocking.

It is not the first time. Mad Dog has difficulty in controlling himself in big games.

He ought to have been red-carded at Ibrox against Celtic; the outcry that followed, when the SFA didn’t even hand him a retroactive suspension, was an outrage. I believed the SFA would cave in to media and Ibrox pressure and overturn this, but I watched the incident myself a few times this afternoon and it would have been a shameful decision if they had.

The media will be furious; some of Morelos’ cheerleaders over the past 24 hours should be hanging their heads in shame at the way they allowed their personal wishes to get in the way of writing truth and fact. I cannot remember ever seeing the media bang the drum so hard or so loud for a player who was facing a ban; believe me when I say I eagerly anticipate their pained responses, as I eagerly anticipate reading the reaction from the Sevco fans when this is up.

I will share with you some of their reactions in my first piece tomorrow; the hysteria over there, and in particular on their more rabid sites, has been reaching fever peak all week long.

Yesterday’s foaming editorials about how the media covered the incident – which is to say that they reported it – were mind-blowing, especially in light of what came later in the day when first The Record and then The Herald Group weighed in with the case for the defence.

In the end, though, this is all about Morelos. He is the reason for all the acres of coverage and for all the back and forth. McAllister said in his truly deranged press conference today that Morelos was punished just for his reputation; no, his reputation is wholly justified and he’s been punished for his actions. To put it bluntly, he’s a ned who deserves everything he gets.

A three match ban then.

The rest of Scottish football will be safe from his trailing boot, his flying elbow, the bared fangs, the permanent scowl.

Mad Dog been chained, muzzled and confined to the kennel a while.