Celtic, Conspiracy Theories And The Coming Debate Over Strict Liability. 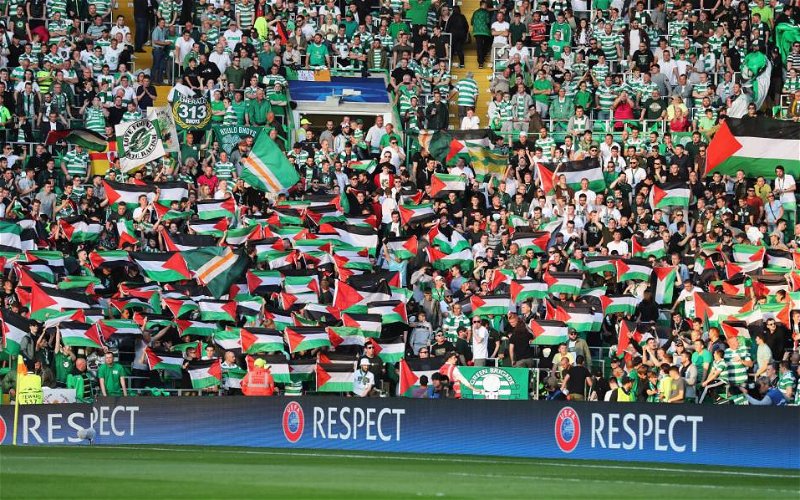 I just finished watching a show on Netflix called Behind The Curve. It’s about the handful of Americans who believe that the Earth is flat.

If you watch it, and I recommend the show, don’t go into it expecting bug-eyed maniacs; one crazy internet lunatic aside that’s not what you’ll get. Instead these appear to be very rational people … except that they share a completely irrational belief.

These earnest, decent, folk appear absolutely harmless until near the very end when at a conference a kid aged 12 gets up; he’s a “third generation” Flat Earther, and one of his people tells a story about how when, in his class, the teacher declares that “as everyone knows the planet is a globe” around one third of the kids shout “no it isn’t.”

And everyone in the room applauds that story, as if it’s not horrifying.

As a professor points out, this is how you get to a point where a sizeable part of the population believes that the 99% of mainstream science that supports the global warming hypothesis has it wrong. In UK terms, it’s how a man like Michael Gove can go on national TV during the EU Referendum and tell the audience that “people are sick and tired of experts” without it ending his career.

He won his referendum, of course … and then there’s Trump, who I won’t even discuss.

All over the world, ignorance masquerading as “alternative opinion” in on the rampage and it’s not at all difficult to spot these folk because all claim to be the font of all wisdom and knowledge and they invariably claim that all history which contradicts theirs is a hoax or a conspiracy.

One of the Flat Earthers, a striking woman called Patricia Steer, at one point states her quite certain view that all the other conspiracy theories are mere threads of a “spiders web” at the centre of which is the round Earth fraud. This boggles the mind.

Nobody who knows anything about Scottish football can be in the slightest doubt that the game here is replete with people the Flat Earthers would regard as fellow travelers.

They are to be found in every club’s support but, worryingly, they seem to have sneaked their way onto boards of directors as well. And not all of them are obvious.

The defining charactersistic of a flat-Earther, or any of the people who believe in crazy stuff, is that no amount of logic will change their minds. Evidence? It has to be fabricated. Ask them to produce their own – and some in the show do try – and you come up a blank.

One of the areas in which conspiracy theories abound in football is when people talk about Strict Liability and how it would be used. I can think of a hundred reasons not to introduce it, but believe me one of them is not that fans might sneak into rival club’s games and try to get them done. It is a loony idea, taking things to an extreme which is quite ridiculous.

I don’t even care that some allege it’s been done before. The handful who might actually try such a stupid thing would deserve everything they get upon actually acting on it.

The point of Strict Liability is to force fans to self-police. Forget that this should be the job of the actual police; I understand, in part, what the intent here is.

The way I understand it, if a fan who’s at a game with his mates does something untoward he’s relying on a code of silence to save his skin; how would a perfect stranger, there on his own, get away with it?

He’d either be turned in to police instantly or something would happen which made him wish he had been. They’d get their hands on him soon enough and the scam would be blown.

And this would be if he was able to get into the ground in the first place. Strict Liability would force the clubs to be much more serious about how it sells tickets. No purchase without a credit card would be a start, and the matching of every numbered stub to a person’s home address would be a useful weapon against any such behavior.

Listen, I hate the idea of Strict Liability, but it’s not based on any conspiracy theory or outlandish prospect of fans from other clubs engaging in sabotage. I am not handing our inept political class, who made such a mess of the Offensive Behavior Act, a catch-all to demonize clubs and fans and turn grounds into mausoleums. I also don’t trust anyone – the SFA, the government, the police – to create a list of do’s and don’ts. It would be a nonsense.

But I am not afraid of the SFA or anyone else trying to “rig” a title race; if you think clubs would stand for that, if you think they’d tolerate it, you are dead wrong.

The first time a team was deducted points for arbitrary nonsense it would spark a showdown the likes of which the game here has never seen. It simply will not happen.

If this is going to be stopped, we need real honest to God reasons for opposing it. Let’s start with how any effort to punish a club for political songs in the stands would be an all-out assault on free speech which should never be allowed to stand.

Sectarianism is different, and so are racist chants. They are already criminal under the law; if the law (as it stands) is being used as a barometer then it would be a decent enough start … but the framers would still need to be careful.

And whilst I do not believe the regulations would ever be used to deliberately disenfranchise a team, can you imagine the consequences if applying them inadvertently affected a close race? You would be as well to light the blue touch paper and throw it onto the gasoline.

That, alone, is reason not to do it; even with the best will in the world it could cause exactly the kind of unrest that it is supposed to be discouraging.

But if we go into any future discussion on such a regulation spouting flat-Earth nonsense the people on the other side of the table will view us with justified contempt. Anything we throw back at them would have to be grounded in reality and not in flights of fancy.