French Eddie Starts On The Bench As Lennon’s Bhoys Look To Move Ten Points Clear At The Top.

Well, this is the one we’ve been waiting for. A home game with a chance to extend the lead in the league to double figures, with a handful of games left to go. John Hartson tweeted yesterday that we’re six wins from the title. That’s win the five games still left before the split and then the first one after it, as I said in the piece earlier.

It’s going to be a big month. Before it ends we could be on the brink of eight in a row.

The game is going to be very good to watch.

The team selection is somewhat surprising, with Edouard on the bench and still not sign of Bayo. His performance for the reserves in midweek was supposed to have been very good. It would have been great to see him get on the park and get in amongst the goals today. His time will come.

The manager has gone with Burke up front, and there’s a start for Henderson once more.

The bench is strong anyway, that Weah, Edouard and Mikey Johnston on there alongside Hayes.

I will do a match report afterwards, of course, but today we’re going to move into the double digit lead that just about seals the deal. 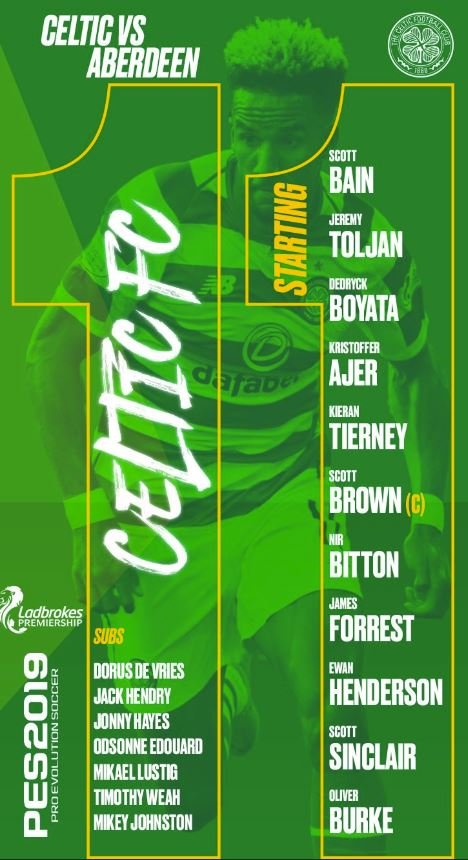