Lennon’s Rousing Defence Of Brown Is A Good Indication Of The Mood Inside Celtic. 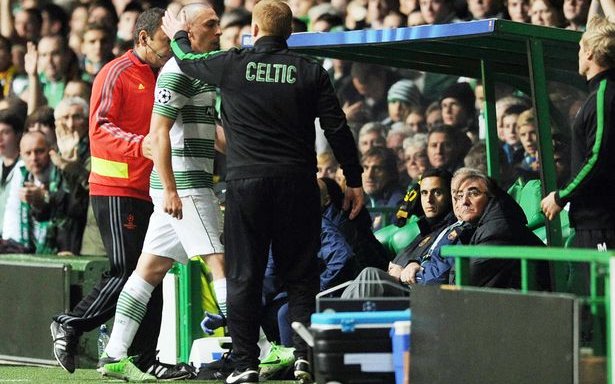 Neil Lennon came out with all guns blazing on the club’s official TV channel today.

Expect even more robust comments when he or his coaches sit in front of the media later. They have not only defended Scott and the rest of the players, but they have called some of the stuff being talked about our players “nonsense”. It is quite clear Neil is not speaking alone.

Lennon is speaking for the whole club. I think we can take that as solid. The message has been sent on our in-house platform; that itself is telling, as is the fact we’ve chosen to do it there rather than to wait for the media conferences. We’re setting quite the table.

People inside Celtic are seething over this, and not just what the SFA has done. They are seething over Gerrard’s shocking, inflammatory, statements and the way he and his players behaved both on the day and since. The accusation that Scott Brown is a bully and that Celtic are playing the “victim card” might be hilarious on the forums, but Celtic has grave concerns over Gerrard’s choice of language when Celtic fans are lying in hospital beds.

When Neil angrily blasts the Ibrox club and its media toadies you best believe that he is doing so with the full support of the board. As I said in a piece yesterday, any fine that is levied at our club for the events at full-time would be chump change; that isn’t the point.

As Lennon said, we did nothing wrong and so it’s not even clear what the “failure to control players” charge even refers to. Our footballers were caught up in a melee an Ibrox player caused; I’m not sure what they were supposed to do other than have all our footballers lie prone on the ground and allow a kicking to commence.

As ever, Lennon says the club is focussed on the next game. With typical professionalism, we will say our piece and we will move on.

The Ibrox club appealed the Kent decision and claim to be disappointed by the result; I daresay they are, but that speaks to the lunacy stalking the halls over there, lunacy which has its full expression in the actions of its players on Sunday.

Celtic will not accept responsibility for their atrocious behaviour; that’s the message coming out of Parkhead today.

The club is united on this. We’re not accepting it.