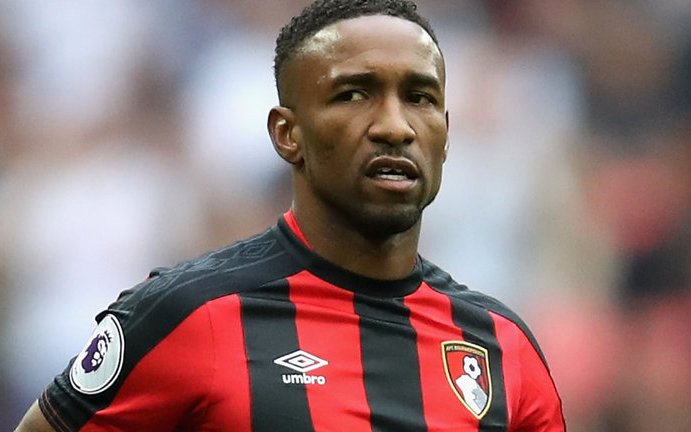 A curious thing happened this weekend at Tynecastle.

Not the result, which was not curious in the least or surprising in any way; it happened in the manager’s press conference, where Steven Gerrard addressed the media after his team’s victory and dropped a potential bombshell. Morelos might not be guaranteed to play every week.

In fact, said Gerrard, Defoe now “has the number 9 shirt” and he might even keep it.

Apparently no-one has told this mug that yes, he will definitely keep it as squad numbers aren’t changeable like the weather. But someone has clearly told him that he needs to get it out there, front and centre, that the club can survive without their temperamental front man.

This reeks of a club trying to do spin control, and the reason for it is simple enough; they are badly in need of money, and as much of it as they can get. They know it’s sheer fantasy to think they can get £20 million for Morelos, but he remains their single saleable asset. When the crunch comes they’ll take whatever offer they can.

The best win to spin that to the fans is to say that his ready-made replacement is at the club already. And so begins the phase two of the Defoe hype, and oh such fun it is going to be as they try to make him into a world beater as they push Morelos towards the exit for a quarter of what they said would be the asking price.

So how did they get here? Well, part of it is that the grossly over-extended in this campaign and will pay the attendant price when the accounts are published and show another massive multi-million pound hole, even accounting for European income. They’ve had to go back to Close for another loan already; this is a club robbing Peter to pay Paul.

They’ve also promised Gerrard a sum to spend in the summer, which means that there’ll be even less in the pot next season and especially if they exit Europe before the Groups.

The real horror for them looms in the courtroom, of course as Ashley prepares to crush them for their numerous violations of their merchandising deal. If, as most expect, they lose that case the effects will hit them like a hammer. Short term, they will be told they face a bill for what their CEO admits is more money than they have to hand … long term they’re going to have to find it, because that bill and costs will be waiting for them at the other side of an appeal.

Part of the court verdict will probably also slap an injunction on their current sales outlets; the new shop they boasted about opening just last week will close its doors faster than a massage parlour with an outbreak of the crabs. That, alone, will be a costly mess. It kind of takes your breath away to imagine the recklessness of opening a shop when your entire retail operation is the subject of a major court battle where you’ve already lost the opening skirmishes.

But this is Sevco, after all, with Dave King at the helm.

Gerrard is a moron for making those comments about Defoe. They were either fed to him by a PR lackey and he’s not twigged what they mean or – even more hilarious – he’s made them himself without thinking and given the board license to punt Morelos the first chance they get. Either way, he will look like the world’s biggest idiot when he realises that the “number 9” shirt is stuck on a guy nearing 40, and who’s probably as good as it gets.