Should Ibrox’s Liverpool Loanee Cop A Ban For An Anti-Celtic Comment? Yes, Of Course He Should. 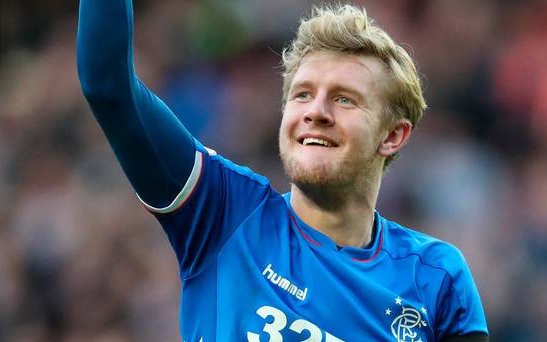 Joe Worrall is in a bit of bother after a video clip emerged of him saying “F@@@ the Celtic” whilst in the back seat of a car.

Only in Scottish football, right? Only from Ibrox.

That club is a classless place, isn’t it?

What are they all about over there? Do we dominate their every waking thought or what?

The Record, which published this clip, thinks Worrall might get censured by the SFA for it.

I think they are probably right.

I also think it would be an appropriate response from the governing body.

I know a lot of people will whine about that, but it ought to be done.

In fact, it has to be done, and not because I particularly care about some eejit on a night out.

He should be done because it sums up where we are in this game at the moment, and because whilst everyone is pontificating on fans and their behaviour it would be remiss not to hold players accountable for their own stupid actions.

More than anything though, let’s just normalise the stupidity of frivilous charges.

Let’s just embrace the full horror of it for a while.

Let’s face it, if Brown’s alleged “celebration in front of rival fans” can get you done then anything can.

Does it sound petty?

Well isn’t that the land we’re treading on now?

Isn’t it all going to be a bit petty from here on in?

Hasn’t the SFA just about guaranteed that?

It makes anything possible and anyone is fair game.

Players singing songs mocking their rivals, in the privacy of their own homes, on a Monday morning?

Better hope the neighbour isn’t recording it through the walls, because that will get you up on an SFA disciplinary charge.

The Record has cited the case of John Guidetti, who was disciplined by the SFA four years back.

He was caught singing a song about the death of the OldCo. Leigh Griffiths has been done twice for singing about Hearts, although one of those cases was a song about Rudi Skacel which he wholeheartedly deserved to be shamed for.

But just because it’s been done before, does that mean we should be going down this road again? You know what? We’re on this road now, wherever it leads, and the lunacy which is running rampant at Hampden has put us there.

Until sanity prevails – and the Brown case will tell the tale – this is the level we’re at, where schoolyard nonsense is enough to rock the sport to its foundations.

So let the chips fall where they may. Worrall clearly did it, he’s clearly guilty, so let the sanctions come.

This is where we are now, and it doesn’t matter if it heaps embarrassment on the sport.

At this moment in time Scottish football is an embarrassment.