Lennon’s Attack On “New Breed Of Fans” Has Done Him No Favours At All. 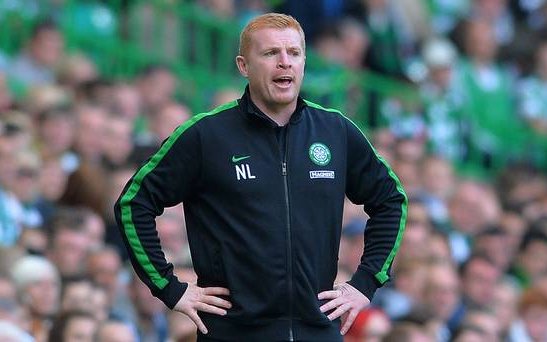 Neil Lennon has decided to win over his sceptics within our support by branding them “immature” and accusing us of being glory hunters.

Understand this, he’s not promised to improve his own performance or that of the team, he’s not said he’ll wow us with scintillating football … he’s gone on the offensive, and very offensive it is. It is another reason he should not be manager.

Lennon himself is behaving in a way that is fundamentally immature by coming out with this stuff at this time. Nobody is above criticism, but he doesn’t enjoy getting any. I understand that, a lot of people don’t, but he has a responsibility to behave professionally.

For him to respond in such a fashion is stupid beyond belief. If he believes that the only fans who are moaning are the “new breed” who never saw the dark days of the 90’s he’s dead wrong and massively underestimating the misgivings in our support.

I personally grew up in those days, seeing nothing but titles heading to Ibrox.

And you know what? I’m never going through that again.

He is fully entitled to defend himself, but not in the snippy way he’s done so here, by criticising people who have quite legitimate questions about his suitability for the job. To launch such a broadside against your club’s own fans … what is that all about?

Far from changing minds, he is entrenching opinion against him, changing “little chance” of winning some over to zero chance in one interview.

It feeds into a whole new set of doubts I’ve had about him since the start of the month.

Here’s a confession; although I focussed much praise on his decision to question the appalling lack of discipline at Ibrox the other week, I stayed away from covering the rest of his press conference because I found a lot of it to be absolutely OTT nonsense.

There is a difference between confidence and arrogance, and even if you’re telegraphing the former and not the latter you better be able to carry it off and deliver, and he didn’t.

Honestly, had Gerrard said half the things Lennon did I would have been all over it.

His assertion that the Ibrox supporters “fear” him was about as daft as anything I’ve ever heard in my life. It was as if Lennon, believing it might be his last time at the ground as manager, decided to turn on the flamethrower and let them have it.

To be frank, although he has his defenders who will not hear this, he has done nothing whatsoever to convince those of us who do harbour doubts.

For me – admittedly – he was never going to be able to sell me, no matter what, but there were many he could have won over.

But performances have been dire. The six league wins he’s had were unconvincing all but the one at Aberdeen, and but for two last minute goals we’d be going into the Hearts game at the weekend only two points in front. He thinks we should ignore all that.

On top of this, Lennon hasn’t given us any reason to think things will change.

If this is his audition right here, right now, then he’s blown in by not grabbing it by the scruff of the neck and showing us something new. Instead he’s hidden behind the previous manager’s tactics and team selections and blamed fatigue for the poor performances.

To be blunt, I don’t trust him to deliver. He’s unconvincing, unsure of his own ideas and incapable of taking criticism.

I don’t like the way he responds to defeats and setbacks by blaming other people, and I’ll tell you this, a dressing room which is used to Rodgers management style won’t be in Lennon’s corner for long if that’s how he chooses to behave with them.

That he’s already turned on the fans is a sign of how he’ll handle real pressure, and it isn’t a good one.

Lennon says he knows how to win leagues.

But he includes titles he won as a player in the haul he boasted of in the interview, and that doesn’t impress me because there’s a difference between doing it on the pitch as a player and doing it in the dugout. Gerrard and those who defend him seem to believe otherwise too.

Lennon does have titles in the dugout, of course, but he came within 45 minutes of losing his job before he secured the first of them, and that in a season where Rangers collapsed like a house of cards. He won the others in the most stress-free environment that any Celtic manager has ever enjoyed or ever will again.

Those titles are not lessened by the absence of a club from Ibrox, but it does mean he wasn’t subjected to the kind of pressure that’s coming his way if he’s in the job at the start of next season.

He will never cope with that kind of pressure.

He’s not handling it well right now, and he inherited an eight-point lead in the league and a team in a cup quarter final already.

Starting from zero next season, with the full scale press campaign against us … no chance.

It will be a train wreck. I’d want to spare us – and Neil Lennon himself – from that.

This is one of the reasons I favour a foreign coach in the first place, someone who’ll be above the fray and focussed only on getting the job done.

Someone who will put all the ten in a row stuff to the side and just think about the goal at hand; one game at a time.