The Most Desperate Attempt To Minimise Our Title Win Yet: The 80 Minute League Table. 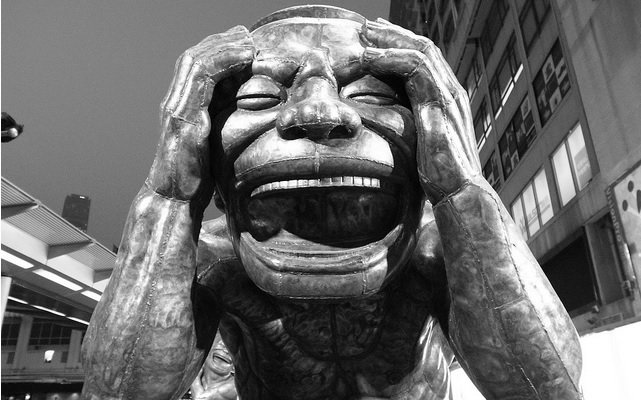 Scottish football is full of them.

People who want to minimise our achievements using the pettiest and most pitiful arguments. “Four of the first five titles don’t count because there wasn’t a team called Rangers in the league …” has long been my favourite one. It is so complete in its arrogance and its stupidity.

It is so dismissive of every other club in the league.

I find them hilarious. They forget that some of Rangers’ titles were won in highly controversial circumstances. (And that’s me being nice about it.) They also forget that the NewCo is credited with 54 titles and numerous trophies it never actually won.

The media has been prominent in promoting this nonsense as well.

We’ve had various league table variants which show how brilliant the Ibrox club have been, and we had one last season which showed that Kilmarnock would have won the title if only the race started after the winter break. It is all pretty desperate stuff.

But the latest one takes the cake. 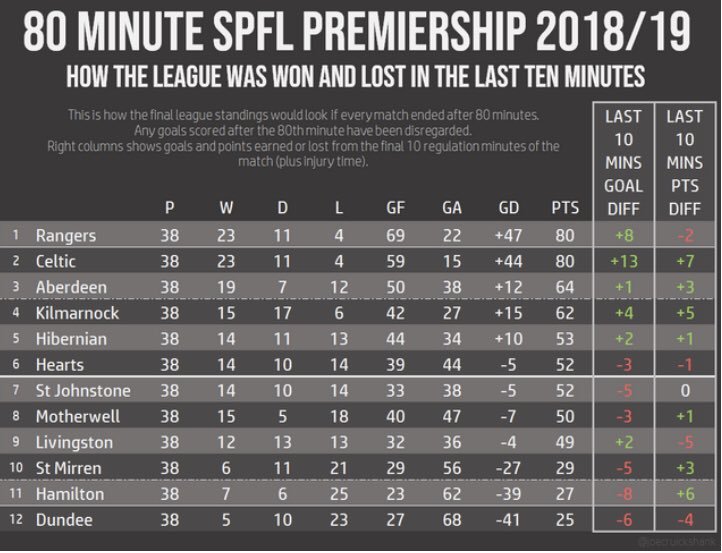 I have no idea who came up with the “80-minute league table” which shows the Ibrox club as title winners if only a football match lasted ten minutes less than it does, but it would have taken more effort than such a pathetic exercise is worth.

Because what is it worth? Nothing.

You really have to be a proper desperado to be clinging to nonsense like this. Have you ever seen anything so dumb in your entire life? What planet are these people living on, that this is the kind of stuff that they embrace? What does it prove? What does it matter?

We are champions, and no contemptible garbage like this is going to change that fact.

Their situation is truly wretched if they draw comfort from this.

I mean what if a game lasted ten minutes, if it was split into two halves of five? Has anyone bothered to tote that one up? I know I haven’t. Oh I could, it wouldn’t even be particularly hard to do, but isn’t life too short for nonsense like that?

It screams “I have no social life!”

What the Hell is the point anyway?

It is makes no difference, and so it makes no sense, except that it offers some small crumb of comfort to certain people in the Ibrox support maybe.

The crazy thing is, it’s not even the daftest thing out there at the moment; that has to be this stuff about Morelos having scored 100 goals faster than Cristiano Ronaldo; I mean what? Is that comparison the writer really feels comfortable making?

I mean, did someone actually, really, spend time, and use brain cells, to calculate that?

It’s clearly a piece of Ibrox-style spin to keep Morelos alive as a player they can punt in the summer … but The Record doesn’t have to run this garbage. It chooses to.

I have no idea where the “80 minute league table” originated, but that sound you hear is the bottom of the barrel being scraped clean. They can twist the league table every which way they want to get their desired result – one where the Ibrox club is top – but the reality of football is that a season lasts the full term and there are 90 minutes plus change in a game.

“If only” doesn’t win leagues. It shows you up.