We’ve Won The Title, So Does Tomorrow Really Matter? You Better Believe That It Does. 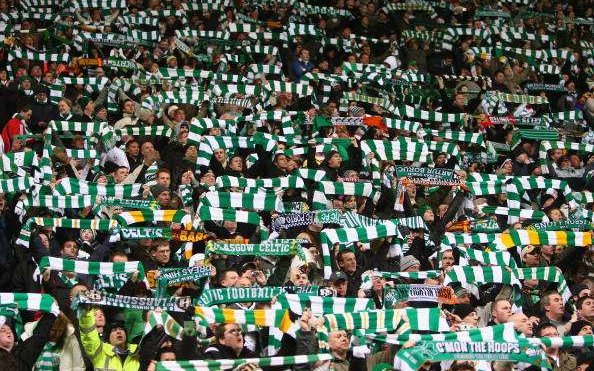 So, we know who we’re playing tomorrow and what’s at stake. Absolutely nothing. We’re champions and there’s nothing anyone can do about it.

So the question is this; does the game matter?

It is a complicated question, and the answer will probably depend largely on which team the person answering it supports. But even then, it’s not an easy one.

Basically, this is second last game of season for them and for us it’s title done and the job with it. We’re looking forward to the Scottish Cup Final more than this, but the game is at Ibrox after all, against the team which styles itself as our fiercest rivals. Both clubs have different managerial and wildly varying financial situations.

There is always an edge to any game at Ibrox, and this will be no exception although neither side has anything to play for.

But that question again; does it really matter?

To us, not really, although the manager probably needs to win it if he’s going to win over a lot of the fans. A Brendan style thrashing would answer a lot of questions, but no-one thinks that is a particularly likely outcome … but it’s not impossible.

Many of us would probably trade a result tomorrow for a fully fit team going into the Scottish Cup Final.

Let them have their summer of gloating, these people would say. It means nothing. They will spend the summer fantasising about 55 whatever happens here. We will have other things to concern us; European qualifiers, a squad rebuild … celebrating 3Treble.

Does it matter to them?

They definitely need this. King has talked big but this is the nine in a row season coming up and he needs something, to convince the fans that they are about to be the “dominant force in Scottish football”.

Yes, some of them are utterly convinced already but these are the people we write about on this site a lot, the mad ones. But there is discontent too, and some are beginning to ask uncomfortable questions.

A win is the squirrel King is seeking. He got them to quiet down for a while after December and but Celtic’s sweep to another title has shifted the mood again. Even certain individuals in the media are asking questions. You know there is an issue when that happens.

Gerrard needs this as badly as King, if he’s to maintain suspension of disbelief.

He needs a convincer for King to hock the last of the silver to bankroll him again, or, if you are the realist and, yes cynic, to push his name with the big English Championship club that is sniffing about. Two wins against Celtic for the CV?

Warburton managed one, on penalties, and he seems to have landed on his feet.

Equal footing in the head to heads with us is good for Gerrard. It might stop people down south asking questions about the rest of his record and the club, media and fans will certainly spin it as further proof that the gap has closed on his watch.

It matters to the SMSM to, because as I alluded to they are struggling to keep the pretence up, and they too need something to keep it going.

But that nagging question won’t go away.

Does it matter to us?

To Neil Lennon? To Scott Brown? To Kieran Tierney?

D you think this does not matter to those guys and the rest? Apart from professional pride, they have cup final to prepare for. 3Treble. History.

Any fan saying it doesn’t matter is havering.

Of course it matters.

Either those people are at the wind up or they are actually worried, and trying to mitigate the effects of defeat early; if that’s the case then don’t worry. We will win, and I will do a piece later about why we did, and how I knew we would.

Anyone who argues that it doesn’t matter, I would say this; did it matter when we turned them over in the last meetings in the past 2 seasons, even though title was won?

Yes of course it did.

When Rangers were cheating their way to 9iar in the 90’s, did the last game wins we got matter? Of course they did. Yes, when we won then it was spun “oh one victory” “Rangers (now dead) will still be dominant next season.”

But those wins mattered. They kept us believing, just as a win tomorrow for them will keep them believing … and like James I want them psychologically crushed.

It matters to us because we have been so stuttery, inconsistent, sloppy and distracted. We owe this mob a doing, and to stamp our authority, even in this type of season, would be huge statement. Any result will taste especially sweet with only 800 fans, given that it was done to stop that very thing.

Imagine that as a statement.
The issue of the points difference also matters to both clubs. Again for different reasons. They need to finish only single figures behind us. They are desperate for that. Dave King especially; it will be his “tangible proof” spin.

As for us, we have already surpassed last year’s points total, again in a season which has been our worst out of the past three. We finished 11 ahead of Aberdeen last season; if we beat that this season, when we have been “challenged” after all, again what a statement it would be.

So of course it matters.

Winning at Ibrox always matters, because that club still thinks it’s something and it’s our job to go there tomorrow and show them what they really are, and where they really are.

Pygmies, living in our shadow.

David Campbell is a Celtic fan and blogger from Glasgow.