Might Celtic Be About To Get Justice At Last On The Matter Of Resolution 12? 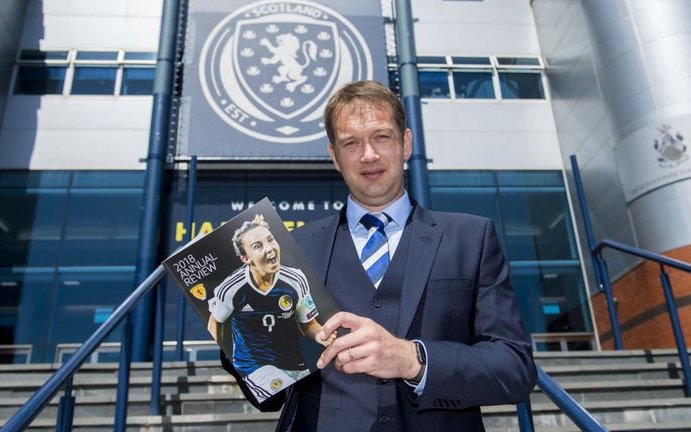 An interesting little story rests in this morning’s papers, brought on by a comment Ian Maxwell, the SFA CEO, made yesterday. He seemed to hint that the governing body’s discipline case against Rangers over their 2011 license is still “current” and rolling towards a conclusion.

Now, it has to be pointed out that Maxwell has given no guarantees here, and that he now has a new boss at the SFA who may not be entirely inclined towards giving Celtic the answers it seeks and the justice that it wants, but many who thought this matter was dead may well have to reconsider that.

The SFA may finally be moving towards sending it to CAS.

In my view, this is a farce of course. Because it’s not the case itself that is being referred to the Court of Arbitration – I would be happier if it was – but only the SFA’s right to hear the case. This is a complex one, but I’ll try to explain it as best I can.

The SFA is charging the NewCo with one of the crimes of Rangers, and in this case the crime in question appears to be giving them misleading information over the status of the Wee Tax Case. The Ibrox club claimed that bill was in the process of being settled. The SFA now has reason to believe that was not true. In fact, during the Supreme Court hearing into Rangers’ use of EBT’s the wall of deception came tumbling down, and that’s why the SFA opened the case.

The SFA is saying it was lied to, or at the very least kept in the dark, and granted Rangers 2011 European license based on a phoney prospectus.

That decision cost Celtic the place in the Champions League that should rightly have been ours under licensing rules. The Ibrox club’s failure to properly comply with the regulations should have resulted in the license being refused and us taking their place. The Celtic shareholders who raised this matter with the club – Resolution 12 – did so on the grounds that this decision had negatively impacted on the share price, cost the club millions and affected their dividends.

We know none of that was really the issue – this was about making sure the regulations were being followed, pure and simple – but it was, and it remains, a beautiful angle from which to put the SFA under scrutiny, and through them Ibrox.

All very simple so far. But there’s a twist here, because the NewCo is claiming that the Five Way Agreement – the document signed by them, the SFA, the SFL, the SPL and Duff and Phelps as the administrators of Rangers – indemnifies them from further punishment.

So when people talk about the SFA “sending this case to CAS” they are wrong; the Ibrox NewCo wants the SFA’s right to even hold the case in the first place sent to CAS. They are arguing that the Five Way Agreement is a Get Out Of Jail Free card and that argument scared the SFA sufficiently that the whole thing has been stuck in the mud for over a year.

“I would expect that to come back to the board in the not too distant future,” Maxwell said yesterday. “It [going to CAS] is still under consideration. We’ll come back on that in due course. I wouldn’t want to put a timescale on it… but I don’t think we would let it go for ever.”

It has gone on a while now though, and many of us did believe we’d never see an end to it. Perhaps Maxwell and his new boss have decided it’s for the best to put this particular matter to bed, and if so we should welcome it.

And in fact, there’s a tantalising possibility that they could go much further and simply dump the whole case with CAS and ask them to adjudicate on all of it. Let me tell you, if that happens then every single one of us should be delighted, because putting this outside the jurisdiction of the SFA was always the preferred option; it would be God’s little joke if the Ibrox club had actually forced that outcome in trying to play their games.

I can understand why the SFA might be keen to do exactly that; the idea of having to punish the Ibrox club isn’t one with a whole lot of appeal for them, and I can well see the attraction in handing it all over to an external agency. But all of Scottish football exists on suspension of disbelief at the moment, and at the centre of it all is the Survival Lie; do they really want to put that issue to test in a hearing over which they have no control?

Do they really want CAS coming back and saying there’s no case to answer because the football club which committed that offence no longer exists?

Do they really want to hand this matter over to an organisation which may say “You broke it, you own it” and ban the NewCo from Europe for a year on the back of the SFA’s insistence that it is the same club?

This is the trouble – and it’s always been the trouble – with the SFA’s inconsistent stance on the Survival Lie; it is more full of holes than a Tetley t-bag. It rides the middle ground too much, and in matters of law things are more black and white. The SFA cannot pretend that that two clubs are one in the same and then try to hide behind a document which says the sins of one cannot be foisted on the other. It is absolutely barmy.

I won’t be surprised if this is the last we hear about this matter, and in the meantime the Resolution 12 guys are angry with Celtic for not appearing to push this matter as hard as they could. That’s the one real positive that might have come out of Maxwell’s comments yesterday; there is a window open here for Celtic, if Celtic wants to go for it.

With Maxwell having resurrected this matter, our club should be pushing it all the way and urging the SFA to do what it should have done a year ago when it agreed with the Ibrox club that this issue had to be settled in front of the Court of Arbitration.

Celtic should be pushing to see that it is, all of it, the entire case held there … and then wait for the fireworks.