Disgraced Danny Simpson Shouldn’t Be Near Celtic Far Less Offered A Deal With Us. 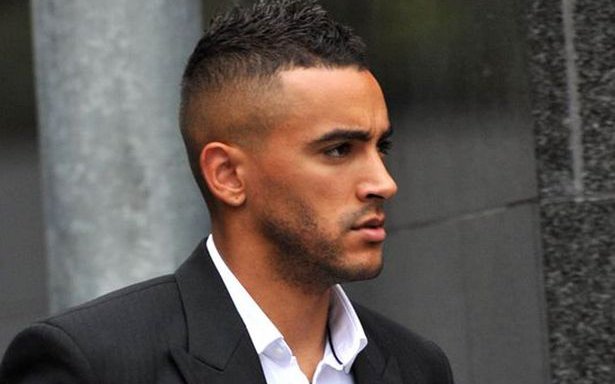 I know we’re busy trying to solve the problem spot at right back, but I cannot believe that we have gone so far down the list as to be ready to plunge this club into disgrace and shame by offering a deal, no matter how minor or how short, to a guy like Danny Simpson.

Whoever sanctioned his “trial” should be ashamed.

Because, of course, it’s not the first time he’s been on trial.

The last time was for strangling his girlfriend in 2015, and this was no minor affair. The trial judge was played an emergency services call that lasted eight minutes; since those calls are not made lightly, I can only assume things were bad, fast, and escalated.

When the police finally arrived they found him standing over her with his hands around her throat. Hearing the full details, the judge said that they met the “custody threshold”. He was very lucky to avoid jail, instead getting sentenced to community service.

Then, incredibly, he claimed that he could not do it because the media would be all over him, and a judge agreed and gave him 21 days house arrest instead.

And he brazenly appealed that.

This is a guy who committed a vicious assault on a woman who was the mother of his kid and appears to have no shame at all.

I don’t care what calibre of footballer he is – and at 32 and with hardly any games last season he’s a washed out one I wouldn’t touch with a 20 foot pole – he fails on the human level, which is the only other criteria only with “can he play?” which we should ever consider.

Honestly, this whole idea stinks so badly that I cannot believe anyone at Celtic Park thought it would be alright.

It is an insult to every female Celtic supporter, and yeah, all the male Celtic fans too.

This man should not be offered a deal at Celtic Park under any circumstances.

We are owed an explanation for how a thug like this came to be invited to Lennoxtown. If we’ve arrived at the point where we’re just considering anyone for the right back spot, why don’t we approach the Ibrox club and offer a nominal fee for Jon Flanagan?

Yes, that’s how bad this idea is.

Shame on those who thought we’d be alright with it.