For Celtic Fans, The Joke That Is Andy Gray Never Gets Old. 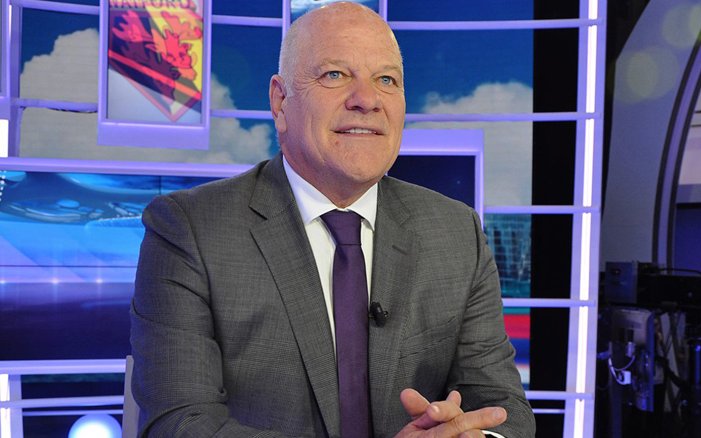 (Nearly always. That little thing you were sacked for, well some people weren’t quite as amused as you hoped.)

He is the “football expert” who once said that Lionel Messi could not be judged as one of the greatest players in history because he had never played at Stoke on a wet Wednesday night.

If only being Anglo-centric was his biggest problem though.

Whenever Gray talks about Scottish football, he does it in the context of Ibrox, and I will give him his due for one thing; he does not maintain even the slightest pretence that he is objective, which marks him out above a lot of his media colleagues.

When he talks about the Ibrox operation he unashamedly uses the word “we” a lot, although he spent only a year there and played only a handful of matches.

But he is what he always was; a “Real Rangers Man”, born in Glasgow.

This week he’s been waxing lyrical on this season’s title race and his belief that not only is there a challenge to Celtic coming from Ibrox but that Gerrard will succeed where so many others have failed, and wrestle the title from our grip.

He said he based this on conversations with Gerrard himself.

The Daily Record loved it of course, and splashed with the story. Big talk out of Ibrox always gets that response.

Except … well … it’s not quite what it seems.

No less a person than Steven Gerrard himself has flatly denied saying any such thing, leaving Gray looking utterly ridiculous and possibly even mendacious.

Gerrard knows that any such talk is mana from the heavens for Neil Lennon and this team, and he knows something else.

He knows his rag-bag mob isn’t remotely good enough to catch us if we do our business right.

Gerrard does not want to raise expectations too high, because he knows when the bubble bursts that the consequences of failure will be monumental enough without his having added fuel to the fire. But nobody told his buddy Gray that.

Andy Gray, who famously boasted of how he lost his voice screaming whilst commentating on a game at Ibrox when they beat us last season – oh but had it been true – in this case let his emotions cloud his judgement (instead of his hormones for once) and heard what he wanted to hear.

He certainly told The Daily Record what they wanted to hear.

It’s just a shame that none of it was accurate.

It is yet another example of the press just writing what it thinks will sell papers or get clicks without bothering to check the veracity of it.

Celtic fans would have been happy either way.

It’s either more big talk of the sort we enjoy ramming down people’s throats, or it leaves one of our least favourite people looking like a mug.

It is especially delicious that it’s Gerrard himself who delivered the slap down.

Gray is not as virlie or as young as he once was.

But for Celtic fans watching with wry amusement at this ageing Lothario, who cannot stand us, getting himself into trouble, well the joke’s as good as it ever was.