Lewis Morgan, Enoy Tonight But It Will Not Be Your Last Chance To Shine At Celtic. 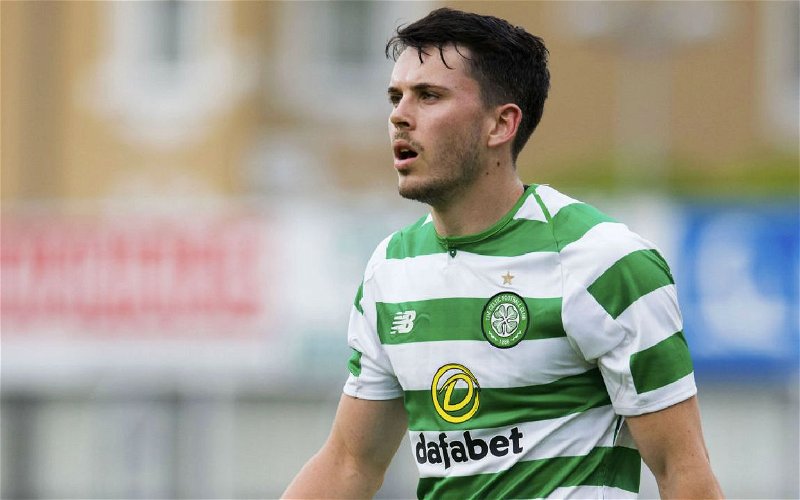 We, as fans, are guilty, at times, of putting immense pressure on our own players.

So in this piece I want to do the exact opposite.

According to some people, Lewis Morgan will start tonight’s game, and I am glad about that if it’s true.

But I hope things are kept in perspective.

Lewis is still a kid, and he’s really only just become a Celtic player. His season down south at Sunderland has clearly done him good, and he’s probably a better footballer than when he signed for us – and I do think we’ve got a cracker here – but is he ready yet?

The key word there is “yet.”

Nobody should be looking at tonight, or the games to come in which he will play, as “do or die” matches.

Yes, it is good for players to seize the opportunities which come their way, but Morgan will have lots of opportunities.

He is at Parkhead on a long-term deal and even if he spends another season out on loan he’ll have time.

Kris Ajer, like Morgan, was loaned out almost the moment he was signed. Ryan Christie signed for Celtic in the 2015-16 and spent the better part of three years out on loan, before grabbing the biggest opportunity of his career at Murrayfield last season.

He has never looked back, and recently signed a three-year deal.

Lewis Morgan should not get disheartened – and nor should our fans – if he isn’t an instant success here. Those players weren’t. He needs to keep his head up and stay confident.

If Lennon thinks he’s capable then I trust that he will be, but I also wonder if he’d play if Sinclair inspired more confidence or if Shved was fit. This team still needs work done on it, and when it’s done and everyone is available to the manager I wonder what sort of role Lewis Morgan will play.

I’ll tell you this; he is too good a footballer to be on the bench.

A season at Hibs or Aberdeen or Killie will be far more beneficial than playing a bit-part role at Celtic Park.

He will be better off for that, and so will the club.

He was born for this. I really believe that, and I continue to be pleased that we bring players like this kid to the club, because our roots must always be Scottish, the core of this team should always be Scottish, and I want Lewis and other players to succeed here.

So grab this chance tonight, kiddo, but don’t worry if it slips out of your hands for the moment, because it will not be the last one you get.

Your time will come.