The Media Is Now Engaged In A Deliberate Effort To Unsettle Kieran Tierney. 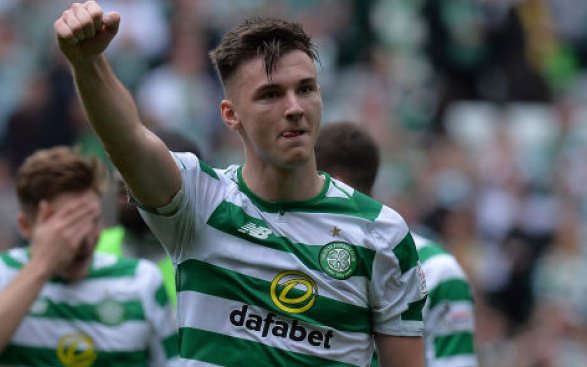 For weeks now we’ve had Arsenal’s fumbling attempt to sign Kieran Tierney dominating the headlines, and whilst it is clear that some of the stories have been fed to the press by Arsenal in a blatant attempt to put pressure on us, so it is equally apparent that a lot of the coverage is simple mischief making on the part of the hacks themselves.

The Arsenal story has died down somewhat, but it was real.

Celtic confirmed that, but equally we’ve made it clear that we’re not going to accept anything less than the £25 million .

At that point, we will give the player a decision to make, and not before.

I very much doubt that they will come up with the money.

That would keep Tierney at Celtic Park for at least another season, and possibly beyond.

But of course, the media is never going to let us away with that, and so they pushed – briefly – the story about Napoli, who never made an offer of any sort, and are now trying to generate stories about Spurs, stories which have not one iota of basis in fact that I can see, but are all about supposition, if’s buts and maybes, one of which is that it would hit Arsenal.

Because Premiership clubs frequently spend tens of millions just to annoy each other, don’t they?

Honestly, this kind of thinking is pitiful and it only exists in the Scottish media which doesn’t care how dumb and out of touch with reality it looks.

It becomes ever clearer that there are people in the newsrooms who seem it as part of their job description to unsettle our squad, and that’s what the Tierney to Spurs stories are explicitly designed to do.

Maybe it was that some of us reminded Tierney the other day that Arsenal is no longer a club thinking big; Spurs most definitely are, and would be a far better move.

But them moving for Tierney is unlikely at best, because not only are they well covered at left back already but they’ve long been admirers of Ryan Sessegnon of Fulham, who has a good claim to being an even more exciting player than Tierney, and in the same position.

Indeed, the press in England is reporting that they are confident of securing his signature as early as next week.

So where is the Scottish media getting its “information?”

It’s not news, it is gossip, and its designed to destabilise our club.