A Good Result, But One Which Leaves Us With A Feeling Of What Might Have Been. 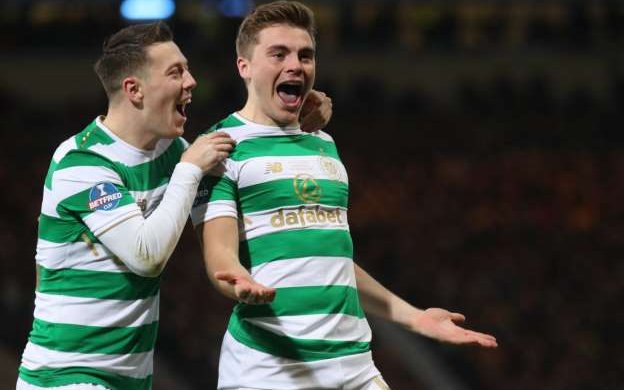 Tonight was the team selection and the playing system we should have used last week.

On a night when I should be happy over a decent result, I am also frustrated because had we just played it simple against Cluj we’d be in Europe’s top competition instead of looking forward to Thursday night football for the rest of the campaign.

Lennon too often attempts to do the radical; but how’s this for radical?

Play your best players, in their actual positions. He often tries to act like a tactical genius, but that’s easy stuff. Just play the £10 million of talent, the only real money we’ve spent, who we bought for the defence, instead of leaving them to rot on the bench in a huge game.

The balance of the team tonight was right; that comes from having a proper left back on the park and your best midfielder where he belongs, supporting Brown and the attacking players. It all worked because nobody was trying to do a job they aren’t suited to.

Except Ajer. Who to me looks like he can play anywhere.

This is a kid who started out – don’t forget – as a central midfielder but who we converted into a top class centre half.

Now he’s doubling as a right back and barely putting a foot wrong. He is a mammoth asset to this team, and the handcuffs should be slapped on him with immediate effect and the Not For Sale sign hung round his neck and the promises of riches and glory offered to him.

Which brings me to James Forrest.

This guy can be frustrating beyond belief, but there is no question at all that he has developed into a wonderful footballer and a match-winner. Whatever I, or any of us, thinks of Brendan Rodgers we should be forever grateful to him for one of his earliest acts at the club, which to tell Forrest he was valued.

Because remember, this guy was on the way out the door.

He had rejected contract offers and looked like a talent on the wane. Rodgers reignited the passion in this kid, and he has never looked back.

There are still aspects of his game which stop him from being right at the top of his profession, but the attributes he does have are being utilised splendidly by Lennon, as they were under Rodgers, and all of us are reaping the rewards of it.

Ryan Christie was excellent, as usual, and Callum looked solid in his rightful place.

Gordon had little to do but did it reasonably well on the night when the guy who will be taking his place took his bow as our latest on-loan signing.

But I would remiss if I didn’t pay tribute to Bolingoli and Jullien, both playing under the spotlight and under huge pressure, and that both performed well adds further insult to injury. They should have been in the team last week, playing in their correct spots.

Had they done so I absolutely believe the last week of disharmony would have been avoided.