Another Signing Deadline Comes And Goes And Celtic Is No Stronger For It. 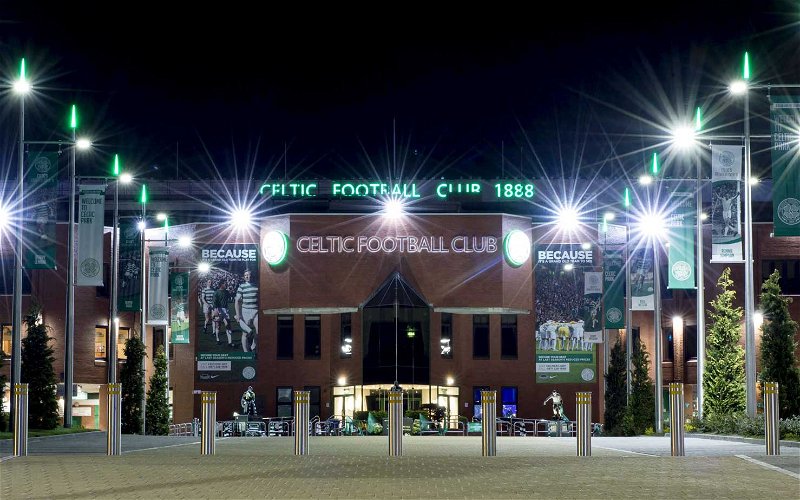 Today Celtic is taking more flak from the fans for sending out a message urging supporters to “Plan Ahead” by booking early for Xmas functions at Parkhead.

Once again, this is the club only communicating with us when it wants money.

The irony of this is clearly lost on a marketing department which is completely out of touch with reality at the moment. The fans are furious about the club’s perceived priorities … and the notion that we should plan ahead when the football department has so spectacularly failed to is galling.

We all know that the team is in flux right now, with the manager not fully trusting two of the three new defensive signings.

We can’t afford another “Callum at left back” experiment … but that’s the position we might well be in tomorrow night.

Nobody now can argue that our manager has been properly backed.

He said that if Tierney was sold there was a contingency plan … and this wasn’t last week, with the deal virtually done that he said this.

Neil Lennon said that on 26 July.

So what in God’s name is going on at Celtic Park right now?

There are people who will tell you that the strengthening of a football team is a “complex problem.”

And I guess it is, if you’re panic buying at the last minute, reduced to phoning round desperately looking for players as the sand in the hour glass drains away.

Then it is in your interest to get the word out that this stuff is more difficult than it looks.

Those who would have you believe that signing players is hopelessly complicated stuff are indulging in a little spin on behalf of those who just aren’t very good at it, or who would rather hoard cash than spend it where it needs to be spent.

I once described snooker as being “complex.”

Because if you think about it, and the skillset it should require – a master’s degree understanding of geometry, combined with a keen comprehension of physics – it’s no wonder mere mortals like me can barely play a frame without heading to the bar for a stiff drink.

You need to know how hard you have to hit the ball to get it to move up the felt, how hard to hit it to make another ball move, the exact point at which to strike it to send it crashing into the ball you want, and the exact position you need to hit that in order to get it to do what you want and so on and so forth. Nothing easy about that at all, right?

Complex stuff, which must be why only a handful of players are good enough to make the top tier. They are clearly vastly more intelligent and possessed of more brainpower than the rest of us, right? Except we’ve seen snooker players. We’ve heard them get interviewed. A lot them would be mopping floors if they weren’t good at holding a cue.

I’ve seen people play it competently whilst pissed out of their heads.

The truth is, snooker is a basic game that requires a degree of skill … and of course an understanding of physics and geometry isn’t needed at all.

It’s just that I am completely crap at it, and talking about its complexity gives me a fig leaf to hide behind. Not that it works well, because if you’ve ever seen me trying to play you’ll know that it’s nowhere near as complex as I make it look.

The argument that signing players and strengthening a squad is “complex” is only ever offered by those who, for one reason or another, aren’t doing it.

When you look across the city and see a club that has signed something like 20 players in two seasons – as mad as that is – you see that it’s actually not that difficult to go out and buy footballers … others manage it quite well.

The truth is, if a club has a system in place which works it’s not that difficult, or nearly as complicated as some people like to make out. The “complexity” excuse is one that has been made for Lawwell and his cohort before, but here, as with last season, they’ve made things more complicated, and more difficult, than they need to be.

This is nothing short of gross mismanagement.

In any other industry, Lawwell would swing for what happened in the last window … and this one, in spite of how it started, has been just as bad.

Now, when that came out it was dated April.

I wasn’t impressed by some of the names on it, but I assumed that the club at least knew who they were and had put the list together with some degree of skill.

What does it tell us when we signed no-one from that list? That the whole thing was a waste of time in the first place? How much time and effort was squandered in putting that together? At the very least, it speaks to a monumental break-down in the workings of the machine.

Don’t forget, that for at least three months we had Congerton at Celtic Park still working on signing targets when everyone knew he was off to Leicester as soon as they offered us a release clause. And that we “replaced” him with a part-time appointment.

Hammond is allegedly working on rebuilding the entire scouting network, yet nobody has offered him the full time job yet.

This is worse than the Lennon situation, by far, because it squanders yet more time that we don’t have. Oh, I have no doubt that some kind of system will be in place by the start of next season but it could be too late by then, and we’ll get all the usual garbage about how it’s early days and the system needs time to produce …

And all the while the team will continue to go backwards.

Rumours stalk the net about the players who we did sign; how much input into getting them did the manager have, for example? Were they scouted properly, or did we rush into them because there was no other option?

And this puts us, of course, in the horrible position of wondering whether we actually should spend more money in this window, if it’s just going to be wasted?

What a screw-up this is, and the manager is caught in the middle of it all.

I disagreed strongly last week with his decisions in the Cluj game, and I’m stunned that he’s not taken responsibility for any of them and doesn’t feel he has to … but the truth is, he’s been let down by the people above him at Celtic, the people who were supposed to have put in place the support network he required to do his job as best he can.

Whether it’s the club just not wanting to spend money, and gambling with Europe entirely, or there’s no system in place yet which lets them do so with confidence, the fault lies above the manager’s head and that much is readily apparent.

People can talk about complexity all they like, it’s the standard excuse from those who are floundering, those who’ve made a mess of things, those who just aren’t up to the job.