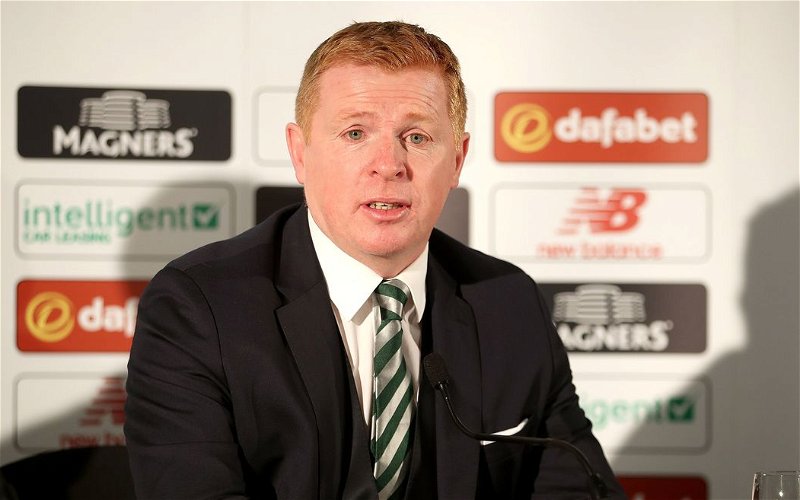 There are five days to go.

I feel like there should be a guy outside Celtic Park holding a huge Sky Sports News style countdown clock with the hours steadily draining away on it.

The strategy, at that point, will be revealed at its worst, as a deplorable sham which has hung the manager out to dry. The team is weaker than it was at the end of last season; that’s the only salient point that needs to be taken on board. On the other hand, the club itself will be richer than it was. These two might as well be unrelated phenomenon.

There are rumours everywhere today.

None have taken concrete form.

According to some of the hacks we’ve re-entered the bidding for Greg Taylor because – shock horror – another club has come along and made Kilmarnock an offer.

It’s believable, because the “sharp suited man” thinks he’s the best poker player there is … but Rod Petrie showed him up this time last year and David Turnbull’s people might have this summer.

And so I can well believe that Kilmarnock would receive a bid from down south and that would bring Lawwell back to the table in a panic. What Lennon makes of all this I couldn’t even tell you; his public persona of support for the board and his public statements about how they’ve supported him are one thing. Being blatantly hung out to dry is another.

He said at the weekend of wanting players in for the club taking them out to Copenhagen. The idea was right. The concept was sound. But did he really expect to get them?

Is this the first public chink in the façade?

Is this Lennon trying to bounce those above him?

If Brendan Rodgers couldn’t do it – and when he tried he faced an angry, public, counterblast and nobody cared about the huge fixture we were about to play – why would Lennon think he can?

There are negotiations going on. It’s all last minute stuff. And people wonder why fans doubt that there’s a strategy at all. You would think that we’d definitely bring in a full back for the left side; I suspect Lawwell already calculates that we can get away with Ralston, Ajer and the big Israel on the right. I do not expect to see a signing in that position.

It is appalling the chances we take in the name of not taking risks. There is no club like us for self-inflicted damage. We should be over the hills and far away here; instead, we’re scrambling. This team is headed for Ibrox at the weekend, and we’re going into it fraught with uncertainty about the line-up and the tactics and the composition of the squad.

And none of this is a surprise, because this is what we do. It’s what we’ve done time and time again. This is the routine. The final day will be a sweat from start to finish. Some think it’s entertaining, but in fact it’s highly stressful and always ends in frustration.

The worst of it is, this window started to well and with such purpose; it really did look as if the manager was going to be backed in full, and early on, to give the player’s time to bed in and to give us the best possible chance of European qualification.

Now we’re out of the Champions League and one of our best players has left … and we’ve done nothing except haggle with Kilmarnock over a few quid for Taylor. It is incredible.

In five days, it’s all going to come to a head.

The fans know when they are being sold a bill of goods. This board has a very short window left to convince us that what they are flogging is the real deal.