Daniel Sturridge Was Never A Celtic Target. The Idea That He Has Snubbed Us Is Ludicrous. 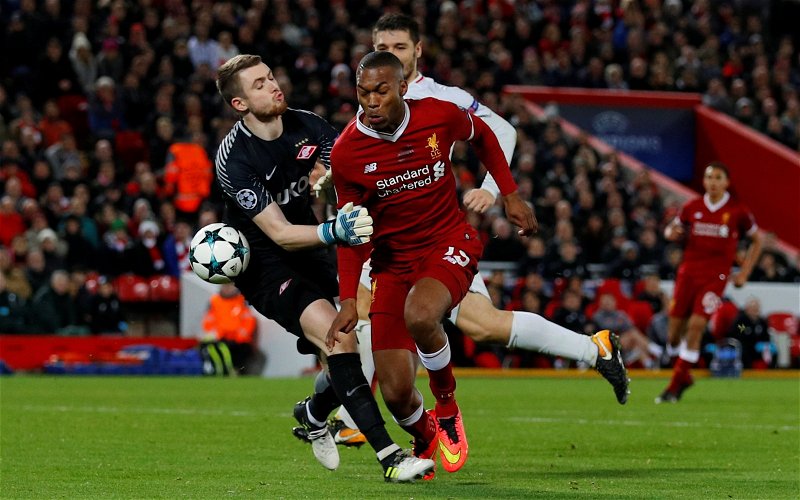 Where the Hell are these stories coming from about how our “transfer target” Daniel Sturridge has snubbed both us and the Ibrox club and gone somewhere else?

I’ve read one website, and one article, that has made an explicit connection between Daniel Sturridge and this club.

It was this site.

And I wrote the article.

That article wasn’t even a transfer rumour, it was a cheeky suggestion that we go and get him.

Other than that, this story has not popped up on one credible site.

When the transfer window opened, I looked through the players who available on freedom of contract and I spotted Daniel Sturridge.

I penned a speculative piece about how Celtic, if they had the ambition and the guts to push out the boat, could and should go for him.

We’d have had to break the wage structure, but we’d have made a big statement.

How likely did I think it was? I would have given it a zero percent chance of happening.

His wage demands would have killed it at the first conversation; I don’t know a single Celtic fan who believed otherwise.

We never expected this to happen.

But I know people who did expect it to happen at their club, and they talked it up mightily as a real possibility.

The Gerrard Effect – which thus far has netted them a number of Liverpool youth players and not much else – would play into this, and he would reduce his wages just for the privilege of playing under his former team-mate …

This was being seriously discussed on their forums.

They believed it was a goer.

I don’t know whether their club ever formalised this and took it forward – they are just crazy enough to have attempted it – but I do know that our club never did.

Talk about made up nonsense!

And I can call it that because I am the one who made it up!

It is astounding that so many media outlets are talking up how we’ve been “snubbed” when the idea itself was never even remotely realistic.

The Rumous Guy is a Celtic fan and blogger from Glasgow.