For God’s Sakes Guys, Let’s Back The Players Instead Of Turning On Them. 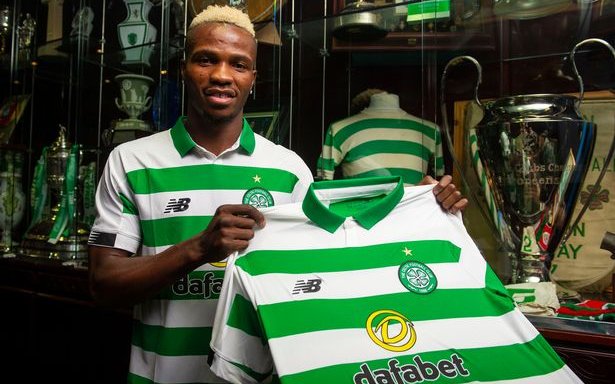 Football fans are a fickle lot. I know that as well as anyone. I’m as fickle as they come.

In my time writing this blog I’ve written off dozens of players, including my namesake, club stalwart James Forrest.

I’ve seen this happen a lot down through the years.

But last night, the criticism that was chucked the way of new left back Boli Bolingoli was atrocious. Chris Sutton in particular – who seems to pick one player at the start of every match and just hammer away at him relentlessly – was astonishingly bad.

It took Lennon himself to bring a little sanity, and clarity, to proceedings and I’m glad he did.

“A couple of new guys coming in, two new full-backs, (are) still adjusting to life here,” he said, which sums it up in a nutshell.

There are few players who can slot right into a team at the drop of a hat and play like they’ve been there for years.

Bolingoli is in a new country, with new players, at a new club and playing in a new style under a lot of scrutiny and tremendous pressure. And he arrived here under a cloud, the Kieran Tierney saga raging all around him.

It was the first question he was asked at his unveiling press conference; whether or not he would be first choice, if he had that guarantee.

And you know what? Even with Tierney about to depart he still doesn’t know if he’s going to be the backup to someone else or if he’ll have another player breathing down his neck. I feel a lot of sympathy for the position he is in, and the big shoes he’s being asked to fill.

Last night he was booked fairly early on the game; if he was the nightmare, bomb-scare, type player a lot of people have decided he is then leaving him on would have been rank madness. Lennon had more faith, and the player coped admirably with that situation.

He kept his cool. He did not lunge into tackles, he did not become frustrated, and most importantly he did not hide. He continued doing his job.

To me it seems that he’s suffering for his own unwitting role in the Tierney saga, with a lot of people making grossly unfair comparisons between the two of them. I know a lot of folk are angry at the club and perhaps even Kieran himself but taking it out on this guy will not do the club the slightest bit of good.

We should be on a high right now; we’re on the brink of the final Champions League qualifying round, and we’ve started the league like a side that means business.

The media would love nothing more than to doom this guy before he’s properly assimilated into the team, and to make us doubt the scouts, the manager, the board, the strategy … we all know they’d enjoy nothing more. I just don’t know why our own fans would join in.

It’s surely not too much to ask that we cut this guy a little slack as he settles in?