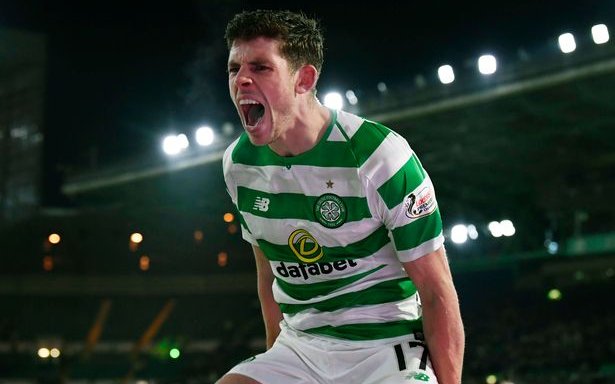 Let’s do the negatives first, but just to get them out of the way.

The injury to Ajer is plainly terrifying. We can only hope it was a precautionary substitution although our recent history is such that you would not put money us having even the slightest bit of luck there. No, knowing us he’ll be out for weeks.

And Edouard definitely will be, and that was probably made worse by the manager’s crazy decision to leave him on far longer than he should have. That was ridiculous, and I’ll be interested to hear what, he has to say about it. Daft, daft, daft.

Both players will probably miss Sunday. That’s a problem, but more for the back line. Middle to front I would bet on us all day, every day. This team scores goals. Lots of them. That’s the first time I remember us putting four past an away side in Europe for the first time in a long time.

I’ll talk about that in a bit more detail tomorrow.

Ajer’s absence, if it’s confirmed, is huge and troubling. What will we do at central defence? Who will play on the flanks? These issues are now the ones that will concern the manager. We’ll see what he comes up, but as long as it’s not Callum at left back again I’ll be satisfied with whatever line-up he puts out. Probably. The question of whether Bayo or Griffiths starts will be decided by whether or not Leigh is fit enough to start. But Bayo did fine when he came on.

Right, negatives and minor worries over. Let’s talk about what went right.

The team was excellent going forward. The attacking midfielders were particularly good, with Mikey, Ryan and James Forrest turning in exceptional performances. Forrest in particular will be crucial at the weekend; he could wreak havoc if we get him onto the ball. His goal tonight was a piece of absolute quality.

Ryan Christie is becoming one of my favourite players in this team. Tonight he was great up top but he worked tirelessly, getting back, making tackles, making life as easy for the defensive players as he could. This is a footballer with real talent, but a fantastic work ethic as well.

Defensively, I thought we looked fine. Bolingoli had a very solid game and was dreadfully unlucky with the dire penalty decision going against him. Nir Bitton simply strolled. I thought he had a cracker of a match. But Jullien is growing into the role at a rapid rate and you can see the player he’s going to become. He got on the scoresheet as well.

On top of that, we got a goal from Lewis Morgan, which will have done him the power of good.

There were some who thought we should have “closed out the game” with that substitution and brought on Ntcham and packed the middle … pah! Were we going to lose four goals? No, so there was no need to close out anything. Kill the game by scoring more, that’s the way it should be when you can take these kind of chances relatively risk free.

I was very, very impressed with that tonight. A potential banana skin tie has been navigated with an ease I didn’t expect, and to get an away result like that is hugely satisfying. I thought we’d need to take a two goal lead there, and thought we could get a crucial away goal … I did not expect for one second to score four of them.

Bravo to all involved tonight, and onward to tomorrow’s draw.