Is Celtic Target Greg Taylor An Ibrox Fan? Most Of Our Fans Neither Know Nor Care. 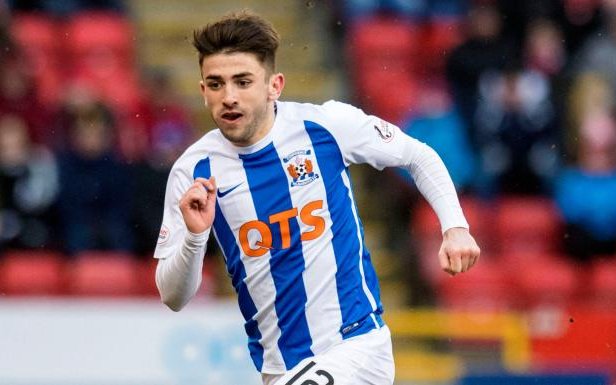 Amidst the howling madness of the Ibrox support over their upcoming partial stadium closure there’s some snarking at Celtic over the idea that we might be about to sign Kilmarnock defender Greg Taylor. They aren’t saying he’s a bad player.

They’re saying he’s “one of their own.”

Quite why they reckon this matters a damn is a mystery to me.

Club allegiances only matter to stone bigots or people reluctant to play in front of them.

What planet do the Peepul live on that they think this will make the slightest bit of difference either to the decision of the player or the way he’s received by our fans?

We want to know one thing about Greg Taylor, and if he signs for us we’ll find out in due course; is he good enough to play for our club?

There might be a tiny number of our fans who will not like that this kid grew up “supporting Rangers” but so what?

Those kind of people are better ignored.

Taylor has a big future in the game, and if he signs for Celtic he’ll have enough pressure on his shoulders – considering the shoes he’s coming to fill – without people piling this kind of nonsense onto him. Professional footballers are just that; professionals.

Scott McDonald’s lifelong love affair with our club didn’t stop him scoring twice on Black Sunday, Kris Boyd has scored more goals against teams from Ibrox than he has against us and Kenny Miller has scored for three Glasgow clubs as well as for Hibs.

Tierney left Celtic in spite of “living the dream” and John McGinn didn’t even get to live it because he chose Aston Villa instead.

It sometimes seems that you need to write things in crayon and use wee info-pics to get the Ibrox fans to understand anything, but surely they can understand this?

The last Scottish two Scottish players they were sure wouldn’t sign for us were Scott Allan (he did) and David Turnbull (and he would have.)

Before that they were positive Scott Brown was “one of their own” too.

This is the kind of thing that only occupies small minds.

It sums them up.