It Isn’t Steve Clarke’s Job To Make Sure Celtic’s Stars Are Rested. It’s Ours. 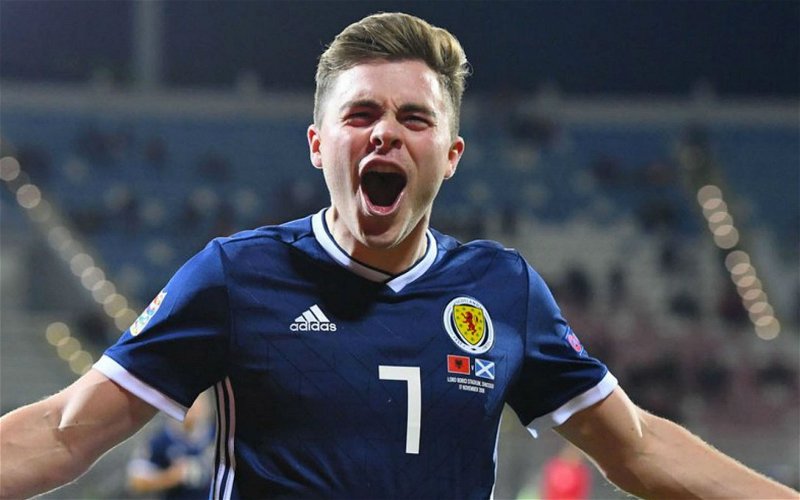 Steve Clarke did a good thing today when he announced a Scotland squad minus Leigh Griffiths.

When fit, he has no better striker but he knows Griff isn’t ready yet and needs game time to get him back up to speed.

That’ll come, as he more and more comes to play a role in the season at Parkhead.

But Leigh has good players in front of him, and that’s one of the reasons he won’t play every week even when he’s back to his best.

This is undoubtedly good for Celtic; Leigh would walk into any first team squad in the country so he’s better than just an able deputy.

There are some who mourn that other Celtic players – Callum McGregor and James Forrest foremost amongst them – won’t get a break.

To be clear, it’s a fact to say that those guys have played more competitive football than just about any others in Europe in the past couple of years, but people have relayed those facts as if they were positives.

That’s a dreadful indictment of weak areas in our squad.

If we had the sort of players around them who could step into their roles without it costing us then we wouldn’t have to put them through such an unrelenting shift.

And those problems are no nearer to being solved, especially in relation to Callum.

If Lennon finally gives Shved a chance we’ll see what he can do and then we can rest Forrest in those weeks when the opposition isn’t likely to give us much trouble. But McGregor? Our midfield badly needs some freshening up and I don’t believe that will happen in this window.

The money is there for it; that’s what makes this especially grim.

But it’s not one of Lennon’s priority positions. We are going with the full-backs and, bizarrely, the left wing position where Lennon defends the exclusion of Sinclair on the grounds that he has already got good players there, a manifestly ridiculous statement as Scott Sinclair is a vastly better footballer at the moment than Lewis Morgan, who is keeping him out of the squad.

I can only conclude – with some anger, by the way – that Sinclair is done at Celtic Park and that we have decided to end his spell with the club in a shabby way for which the club will later be heartily ashamed. Even on a bad day, Sinclair gave us something. Even in a bad campaign he was worth a lot of goals and a lot of assists. I am appalled at the treatment he’s getting.

Steve Clarke is to be commended for giving Griffiths a pass this time around, but Forrest and McGregor are in the squad because missing them out would have been stupid. Clarke isn’t in post to protect Celtic players, he’s there to do a job for the country and as such he’ll do his best for the national team first. Period.

If Celtic want these guys to have an extended break then it’s up to us to give that to them, by having in the team enough good footballers who can step into their shoes.

If these guys burn out whilst in our club colours that will be the fault of those inside our club who have watched with their hands in the pockets as these players have run themselves into the ground.