Jordan Ibe: A Piece Of Lawwell Feelgood Fluff Which Won’t Be Fooling Anybody. 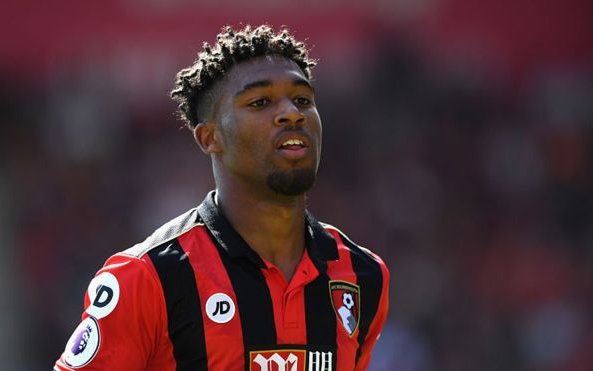 You just knew it would be something.

Once, back in the sands of time, Graham Spiers pointed out that “succulent lamb was seved on both sides of the city.”

At Ibrox these days, they can barely afford kebab meat, so when the real stuff is being doled out it’s Lawwell’s fingers which are wrapped around the carving knife.

Some of the media reports of the last 24 hours – especially Strachan’s fan-bashing, sickening rubbish – proves it.

So here it is; some leaked story about our pursuit of some high profile piece of bling.

On loan, of course, because otherwise we’d have to spend real money.

And out of the blue here it is; Jordan Ibe of Bournemouth.

It’s a tactic right out of the Ibrox playbook; change the story, create a distraction.

This reeks of Lawwell’s sweat, it is so clearly a stunt designed to get the support back onside as quickly as he can.

If this move comes off I’ll be very, very surprised.

If it’s other than nonsense, I’ll in no way be happy anyway.

The manager’s feelings on loan deals was made abundantly clear last season and I do not expect that he’s changed his mind.

The signing of a winger, when the priority areas are well known, is also quite ludicrous.

On top of that, those who think this is a good way to work with limited resources need to think that argument through.

Squandering money on short-termism is the last thing we should do.

Loans do cost money, even if they are cheaper than permanent transfers,  in terms of the fee and the wages.

The one for Musonda two years is supposed to have been a £2 million move … what a scandalous waste that was.

Is this really what we should be doing with our cash? Signing expensive bling on loan to cover for catastrophic mistakes in the strategy?

This would be another one for God’s sake.

The people running this club are playing us for absolute mugs.

Moves like this offer the illusion of momentum only, thus fulfilling one of the Dilbert Principle’s most lasting ideals; real work plus the appearance of work equals total work.

This one has been plucked from the archives; no actual effort has gone into it at all.

Even the reports on it say that this was an idea from a year ago, that Bournemouth aren’t sure they will let him go on loan and that there are other clubs interested.

It is fluff, utter nonsense designed to appease a support which has just about had it with the lack of ambition, guts and forward progress of this club.

This is not a positive step, it is another proof that the people in charge at Parkhead have no long term vision at all.

They are headline chasing, in an attempt to distract us from the real issues.

That might work with the mob across the city, but Celtic fans will be a lot harder to fool.