So What If Rodgers Sent A Player To Ibrox? He’s Irrelevant With So Much Else Going On. 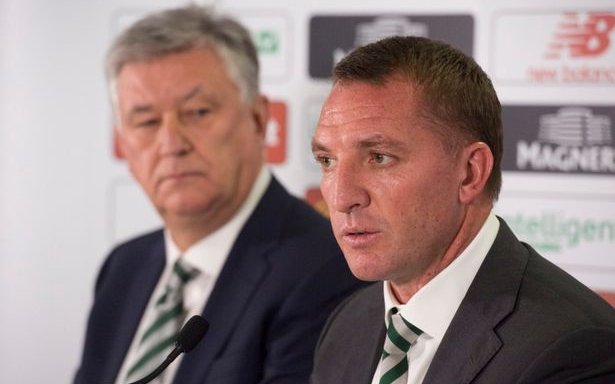 Reading through some of the forums and blogs today I am mystified as to why anyone is surprised, or why anyone cares, that Brendan Rodgers has sent one of his reserves to Ibrox for the season. Is he “doing them a favour?”

I don’t know and I really couldn’t care less, because what goes on over there has never been less important to most of us.

Is it a dig at Peter Lawwell? If it is, then let them spite it out with each other.

Neither man is doing us any favours at the moment, and I could have said that at any point in the last 12 months since they both decided their own egos took precedent over the good of the club and engaged in a public slagging match when we had a massive European game to play.

I wouldn’t be surprised in the slightest if this was a continuation of their arguments at Parkhead; to my mind nothing is beneath our slippery former manager.

Equally, though, there’s an argument for saying that all he’s really done is palm off some of his useless dreck onto a club who’s bloated wage bill can barely sustain the dreck it currently has.

Even writing that gives this whole scenario more brain power and attention than it could possibly deserve at a time when our focus and our energies should be pointed elsewhere, inside our own club. When I write about Ibrox and the shenanigans over there I usually do so from the position that our own house is secure.

That’s not the case at the moment.

We’ve got real problems at Celtic Park, and I’d rather spend my time on examining those.

So really, I wouldn’t care if they were in such dire straits at the moment that the plaster was coming off the walls just as I wouldn’t have anything to say about it if they were bought by an oil oligarch and all their worries were over.

What’s it going to take for folk to realise that Rodgers is not our friend?

He is not going to help us in any way, shape or form and I don’t expect him to.

Those angriest over this move are those who seem to think he should have some residual loyalty to us for some imagined reason; Brendan Rodgers “loyalty” to Celtic has already been amply demonstrated, and I don’t know what further lesson people need.

I can’t stand the man. Sending players to Ibrox on loan whilst trying to unsettle footballers at our own club is exactly what I do expect of such a charlatan.

I am neither surprised by it nor bothered by it.

We have bigger things to worry about.