The Media’s Criticism Of Tom Boyd Is Nonsense. He Told The Truth And Made Them Look Gutless. 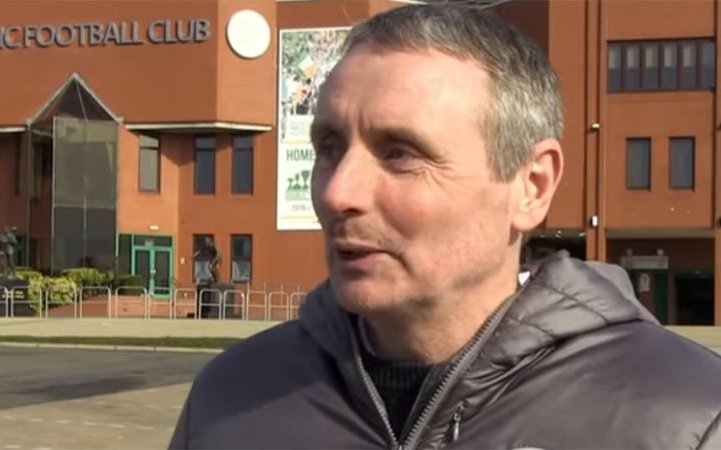 Since the weekend, the media has focussed much of its ire on Tom Boyd. The game on Saturday almost went disastrously wrong for the club; the one satisfaction some of our fans got was that they didn’t need to listen to the gloating anticipation of that on Radio Scotland.

Instead, they got CelticTV commentary, and Boyd. I know who I would much prefer to listen to.

And during the game, he made some comments about John Beaton and his failure to award a penalty to us.

At the same time, he suggested that Beaton’s performance would make him the toast of his local.

As so the hacks are in a strop.

I’ve read the sneering commentariat on this and I’ve listened to Boyd’s words myself, and as far as I can tell all he’s done is go where they are too afraid to.

What is it with our media?

They are gutless beyond belief.

Boyd has said nothing that many of the rest of them shouldn’t have said.

The scandal here isn’t that he had a dig at John Beaton but that John Beaton still referees Celtic games after the club publicly slated his performance at Ibrox last year, after which he was photographed jollying it up in a bar full of their supporters.

Had something like it happened in England, the media would have been screaming that his getting any further matches involving our club or theirs was a nonsense.

In Scotland, they barely covered the story, although the Celtic blogs all ran with it.

The implications of it are obvious, but our spineless press never pressed the issue.

They ignored a glaring, obvious, news story in favour of silence.

Whose interests were they serving by that?

Certainly not the game’s as a whole.

John Beaton shouldn’t be near Celtic matches as a referee.

Even if he’s not biased, the optics of this are dreadful and the SFA should have taken the old “even Caesars wife must be beyond reproach” stance on this and kept him well away. Boyd’s comments were the public expression of what some inside our club have said in private; that’s a fact.

Just because the press won’t say it doesn’t mean we all aren’t entirely aware of it.

Boyd was not, in any way, trying to distract from what was the deeply embarrassing spectacle of us being held at home to Dunfermline. His analysis of the penalty incident was spot on and his comments about Beaton were a reminder of what it is that we have to put up with here.

Beaton was photographed in a NewCo fan’s bar just hours after he gave a number of mystifying – some would say scandalous – decisions against us in a match against that side.

That is a statement of fact.

That the media chose not to make a story of it – imagine the situation were reversed – doesn’t change it.

Those, and in particular Tom English, accusing him of attempting some kind of deflection are, themselves, deflecting.

Keith Jackson, this morning, suggested Boyd “take off the tinfoil hat”; and his suggestion that comments made on Celtic’s own members’ only TV station – and which would never would have been broadcast to a wider audience without all this media flap – have “dangerous connotations” is far more ridiculous than anything Boyd has ever said or ever would. It’s an incredible suggestion from a hack who defended the Ibrox fans after the Hampden riot by telling outright lies and who pushed conspiracy theories involving the SPFL’s Murdoch MacLennan.

Boyd said what they ought to have.

Their pitiful efforts to go after him over this only reveal their own lack of backbone, their own cowardice.