The Shameless Media’s Snipers Have Bolingoli In Their Sights. We Must Support Him. 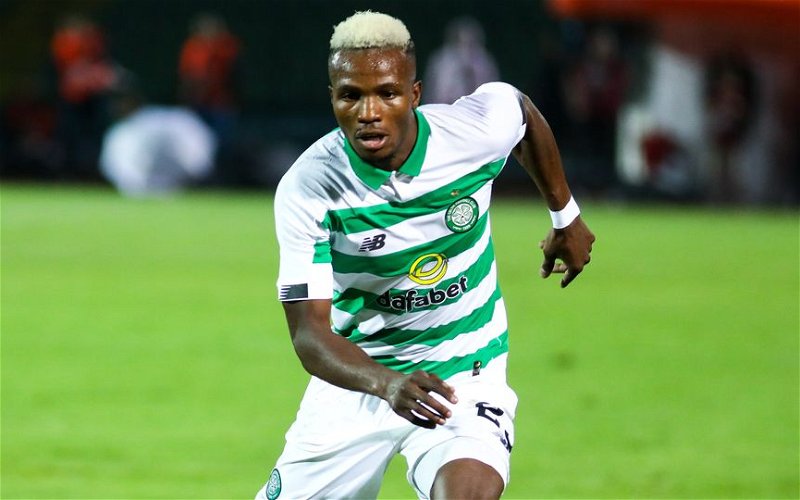 I’ve written before about the website called Football Scotland.

It is owned by the same people as The Daily Record, its registered address is in the same building, and its editor is Johnny McFarlane, a former Ibrox blogger at that newspaper.

I cannot put it more simply than this; anyone who clicks on its links is feeding the beast which bites and snarls at us every single day.

I include those links in some of these articles, but that’s because this site has a policy now of providing sources whenever we are discussing media reports; they are there, in short, for those who want to verify that what we’ve said is true.

Last night, after the game, the site put up a piece where the explicit intention was to stir the soup and make trouble for our left back Bolingoli.

It was a collection of social media posts, many of them critical, to offer the view that many Celtic fans don’t rate him at all.

And as bad as that was, Radio Scotland did far worse.

The above clip is worth listening to as a sterling example of the media picking one player and giving him a hammering for no reason at all. Really, their comments were a flat-out disgrace and bore no resemblance to what happened in the game.

At one point they compared him to Oliver Tebily and an Only An Excuse sketch … and then Richard Gordon (who made those ridiculous, shameful comments) attempted to suggest that he was only vocalising what the Celtic fans were thinking.

Honestly, it was a disgrace.

This is a naked attempt to keep up a campaign of destabilisation against our player.

The guy has just signed for our club and is being subjected to treatment the media reserves specially for Celtic.

Ibrox players are “given time” and allowed to “settle in.” Our players do not get the same luxury. This has happened with every major sign in my living memory; Dembele was getting it, Odsonne Edouard got it in the neck last season. The aim is obvious.

They are targeting this guy very deliberately.

They will highlight every mistake he makes.

We have to support him, and that includes the manager whose comments last night were excellent, just as they were at the end of the Motherwell game when he singled the player out for praise. What concerned me last week was then dropping him, in what the hacks interpreted as a vote of no confidence.

That should not have been done.

Bolingoli has the makings of a very good footballer and a big asset to this team. Anyone who would write him off after a handful of games is bonkers, frankly, and the constant sniping at him is doing the player no favours.

Do not forget that he is new in this country, in this league, in this squad, at this club.

This isn’t a player who’s been here for playing SPL football for years … most of our fans are seeing him for the first time. Had the internet been around when Larsson made his debut I dread to think of how many in our support would have reacted to him.

I remember well how the media did.

We must not allow them to wreck this guy before he’s properly settled in.