Today Neil Lennon’s Celtic Were Minutes From Disaster. Yes, We Should Be Worried. 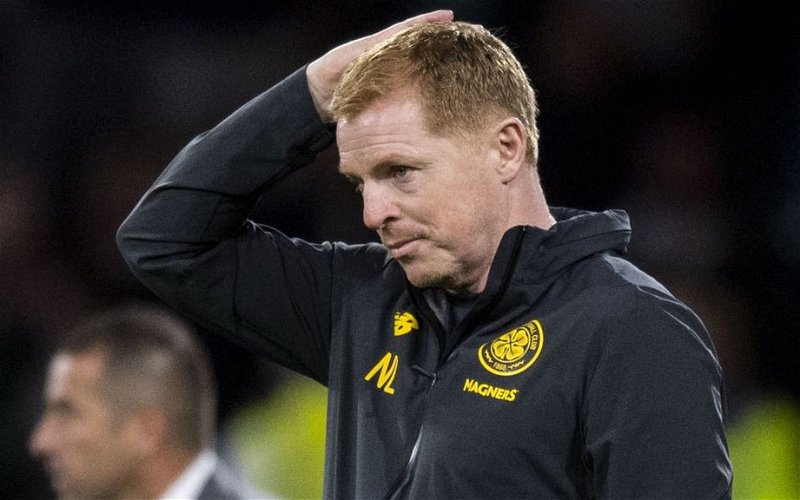 Today we were six minutes from seeing the proudest record in domestic football gambled on the lottery of a penalty shoot-out. At home. Against Dunfermline.

I knew then we were in for a long and difficult day.

That was so un-necessary, so ridiculous, so absolutely mental.

Overcomplicated nonsense instead of a straightforward system.

He played two full backs in a system without any.

The left back was played as a winger.

The right back was a centre back.

Mikey Johnston was on the right.

I have no idea where Ryan Christie was meant to be.

It is so, so, so stupid. There was no need for it at all. He had the players to play a straight 4-4-2, and he opted, instead, for playing with the tactics board like a kid with his first set of Mobil blocks. The performance was not in the least bit surprising to me.

If he does this in midweek, we will get beat. If he does it at Hearts, we will drop points.

If he tries any of his over-elaborate idiocy at Ibrox we’ll get tanked.

There are people still living in denial about Tuesday. I don’t know how they can be in denial right now. I do not believe for one second that they would still have been in denial had we gone out of the League Cup this afternoon … and we were close.

Lennon rode his luck today and no mistake. He rode it right round the rim. One slip … and it’d have been all over, for a whole lot of people.

Forrest’s winner was deflected into the net.

Sometimes you hit the mark and sometimes you don’t … and today our incredible run of form in the cup competitions was decided on a break of the ball.

There are those who think that talk of boycotts and protests, pressuring Lawwell to quit, has come too soon.

They think questioning the manager is something that still ought to be deferred.

In my opinion we’re in a far more horrible place than that.

It may well be that such talk has come too late, that the damage is already done, that the first stones are rolling down the mountain, presaging the avalanche. I know this; if this goes all the way bad, it’ll be destructive enough that nobody can possibly mistake it for anything other than a disaster.

When you look at the full picture you see how serious this is.

It’s not about one result, one bad night at the office, a set of tactical decisions which are indefensible and which the manager refuses to even acknowledge that he got wrong. It’s his hiring in the first place, the total absence of systems to support him, the complete lack of a strategy underpinning it all.

For the first time ever, I really believe we might lose this league.

Not only did we fail to prepare for Europe, but we’ve imperilled our domestic dominance at the same time, by a combination of factors and disastrous decisions.

With any major disaster, there is usually a warning just beforehand.

I wrote last year about the Great Cascadia Fault-Line and how one day it will devastate the Pacific Northwest; if you were there at that moment you would feel something akin to that impression of falling when you’re dreaming and you jerk wide awake, except this will be an actual physical sensation. Then the dogs will start to howl and for around a half a minute you’ll be suspended in an eerie bubble of bewilderment and a growing, swelling fear. And then it’ll hit you.

In a similar manner, if you’re standing on a beach and you watch the tide suddenly sweep out, leaving you able to actually see the ocean floor, fish, corals and all, then you should run and you should not stop until you reach high ground, because that’s your tsunami warning … and even armed with that foreknowledge you don’t have an awful lot of time.

I don’t know if the dogs are howling yet, but Tuesday night gave us all a sudden jolt.

Yet a lot of people are still not quite grasping the full seriousness of what we witnessed.

Today we can hear the swelling roar of the ocean rising up.

Whilst I was refreshing myself on the mechanics of what tsunami experts call the drawback, I came across a picture of kids playing on a beach in Thailand, in which some folk are standing around or picking up shells on sand that moments before had been completely under water.

In the background of that picture you can see the white of the incoming wave … and only a couple of people are running.

That photo was taken at Phuket, on Boxing Day 2004. 259 people died in that general area, amongst the 4000 who were killed on the west coast of the country during that particular disaster.

I don’t know what’s heading for us in the next few weeks or months, but I’m bracing myself for it.

It’s too late to do anything else.

If I’m wrong we’ve got nothing to worry about.

If myself and others are right, the tsunami’s already on its way.