Abd Elhamed Has Been Very Impressive For Celtic So Far, But His Latest Media Interview Isn’t. 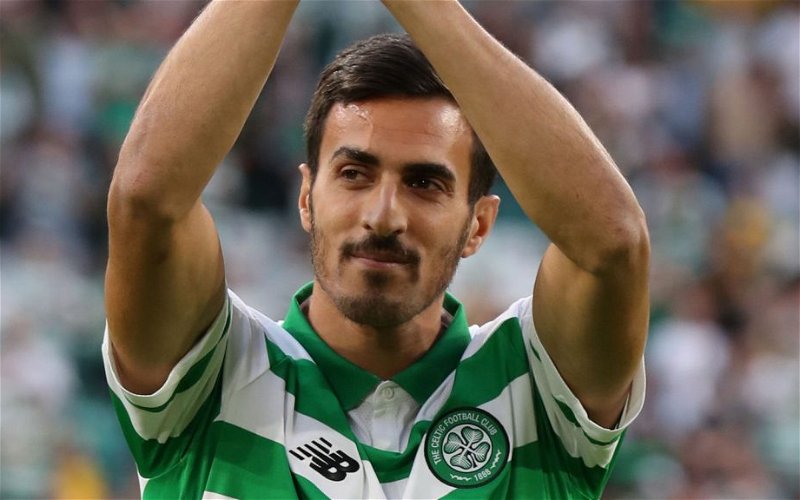 I really don’t know who advised Hatem Abd Elhamed before he sat down with the press and gave a recent interview which the press is highlighting today, but they were wrong about how it would be received by many people.

Like every other Celtic fan, I want people at this club who get it and are keen to be here, and who are dying to make their mark in the shirt, and the big man has been very impressive so far … but I’m not chuffed to read his comments today.

His admission that he forced the move to Celtic by “refusing” to play in a key game isn’t impressive in the least.

To be fair – and I’m going to try to be – provided this wasn’t a mistranslation (the articles don’t say what the source of the quotes was) he contradicts himself in the piece, when he says what he actually did was write a long letter to his manager begging him not to select him, but he does not say what would have happened had his manager done so anyway.

We’ve been here, and we’ve had our club negatively impacted by these sort of shenanigans and so we’re the very last club whose fans want to hear this stuff.

I can only imagine the anger in the dressing room and around Hapoel at the time.

It’ll be no less than there was around Parkhead when Boyata pulled the same stunt, and he can say whatever he wants now that he’s left Celtic Park but this is exactly what he did and a lot of our fans would never have let him wear the shirt again had the choice been ours.

Celtic fans expect our players to be passionate – and you can see that this big lad is, and he was immense at Ibrox – but we also expect them to be professional … and we value loyalty.

We value it about as highly as we value anything, especially when so many of us feel let down by our heroes of the last few years and the way some have behaved.

This isn’t what we want to read, not even close and we shouldn’t pretend that this is alright, that it’s cool because he wanted to come here as opposed to acting out in order to leave. This is the sort of the thing that breeds cynicism and anger amongst fans.

We’ll get past it, of course, as we got over what Boyata did, because in the end he knuckled down and acted like a pro and deep down he knows he was as wrong as any footballer could be.

That the big lad here appears to have done what he did with deep regret at the time and still feels it … that stands him good anyway, even if the act itself doesn’t.

Still though, if I were his agent I would have advised him against telling this particular story.

Football is too full of this stuff.

Players have way too much power these days and this is a particularly egregious example of it being misused, to the detriment of a club.

It doesn’t matter that it was done for our benefit.

It was a big, big mistake … and so was broadcasting it.