At Celtic We Improve Players. Other Clubs Compulsively Spend More Money On New Ones. 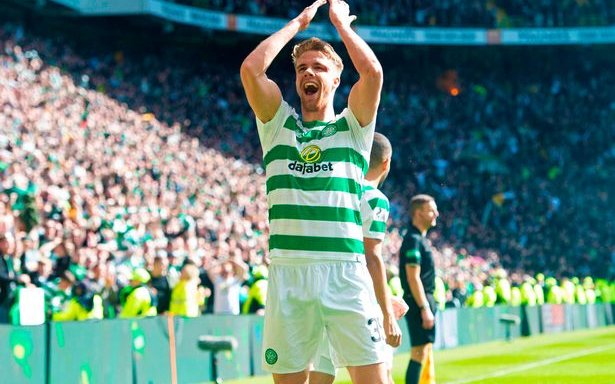 Managers can be judged in many ways, but top clubs look at the records of bosses and ask “how was that record achieved?”

There are bosses who can outfox other managers with tactics. There are some who specialise in psychological warfare. And there are some who have a God-given ability that is almost priceless. They get the best out of the footballers they work with.

We’ve been lucky to have managers like that, lucky that the men at the helm at Celtic Park weren’t spendthrift fools who believed the only way to get success was to buy it. We’ve been accused of that a few times, and most often by Ibrox fans who have got some cheek to actually level that charge at us.

Hell, perhaps where we’re lucky is that we’ve got a board who’d never allow a manager to pursue success via the chequebook. We’ve hired well because we’ve had to, frankly. It’s a rare Celtic manager who rebuilds a whole team.

Instead, our managers improve players; this is why we’ve sold so many of them on for big profits. Our club believes in this development stuff. How good are we at it? We’re so good that other clubs send us their young players on loan knowing we’ll send them back better.

This close season has been exceptional in that we’ve bought a lot of players.

But we had to, we had no choice in the matter.

The entire defence had to be rebuilt and that was always going to take us going out and signing a bunch of footballers for those positions.

Over at Ibrox Gerrard has signed eleven players to augment the dozen he signed last season. He has a squad of over 20 players at his disposal and he’s the guy who signed them all. And he still wants more; he’s in the papers today trying to sign 33-year-old Claudio Marchisio on a free.

Isn’t there someone sane over there, someone who’ll ask this guy when he’s going to start improving the footballers he already has?

Four of the guys we signed in this window were youth players.

Two were defenders – both signed from the Manchester club academies and both are highly rated – one was a midfielder and the other was a striker. All have a shot of making it and all will be vastly improved in the next 12 months.

Will we see them in the squad?

Before the end of the season I reckon we’ll see all four of them. Luca Connell, our midfielder, and Lee O’Connor, who we signed from the Man Utd youth system, are particularly promising footballers and I expect to see both amongst the first team players.

This is one of the pillars of our success. I’ve checked out previous transfer windows, and what’s amazing to me is how many guys we signed young and who ended up making their way to the first team squad after development periods … these were players a lot of folk scratched their heads over and wondered why we’d bothered.

Guys like Tom Rogic. Remember when we signed him?

He spent some time out on loan during that period, but the real work was done at Celtic Park and now he’s a £15 million player.

Kris Ajer is another obvious example, a guy we signed for a pittance as a central midfielder and who’s now at the very heart of the defence and a player we can’t imagine not being in the side.

Where are the Ibrox equivalents? In the course of King’s time at the club he’s hired three managers and all have rebuilt the team each and every summer … this is a revolving door of footballers and if someone’s not making a fortune getting backhanders from agents (I’m not alleging it, I’m just saying if) then it’s the stupidest strategy I’ve ever seen.

The end result is not going to look terribly different to what it does now.

Us posting profits, winning leagues and cups and setting records.

Running up debts, struggling for form and sacking managers.