Celtic Win In A Tough Game That Turned Into An Unexpected Battle. 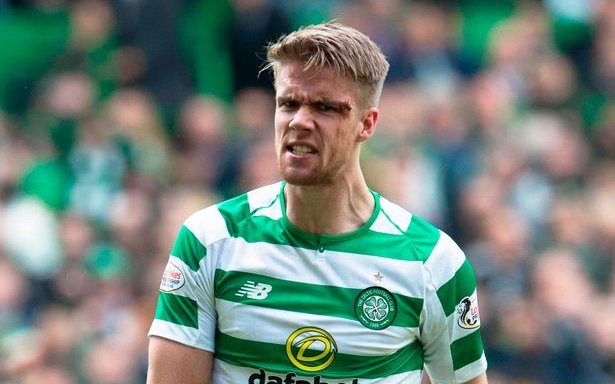 When we had the ball in the net early in the game today, I think almost everyone thought it was going to be a relatively straightforward procession towards three points.

Fair play to Hamilton, but they didn’t roll over.

They hung in there in spite of a whirlwind start where it looked as if we might run up a cricket score.

And the longer it went on the stronger they looked.

A lot of us were surprised at the team selection and I think some of our fears were borne out in the course of the game.

Some of these guys do look leggy and this is going to be a long campaign. The longer we leave it to give some of them a break the longer that break is going to be. McGregor, in particular, looks like a footballer in need of some R&R.

The conditions were grim, of course.

That pitch at Hamilton is a horror, and Lennon said at the end of the game that they kept it unwatered.

The SPL allows this kind of thing, but you wait until the Ibrox club goes there; if one of their players as much as breaks a toe-nail there will be calls for the banning of artificial surfaces. Those pitches do not allow for sexy football.

Yet for about 30 minutes today we managed to produce some. The big boy on the left, Elyounoussi, who I think we’re all pretty excited about, got the game off to the absolute perfect start when he danced down the wing and delivered a perfect ball into Forrest.

That was the beginning we’d been hoping for … the trouble is, it was the high point of the game.

Not that it matters because we did what we set out to do here.

This was about the win, and we secured the victory. It was a tougher game than we probably thought, but all that matters is that we got the result. The record in the league since the campaign began is 5 wins for 5 games … that is superb. We’re on the way to nine in a row.