Celtic’s Tactics Tonight Need To Be Spot On. The Manager’s Comments Are Welcome. 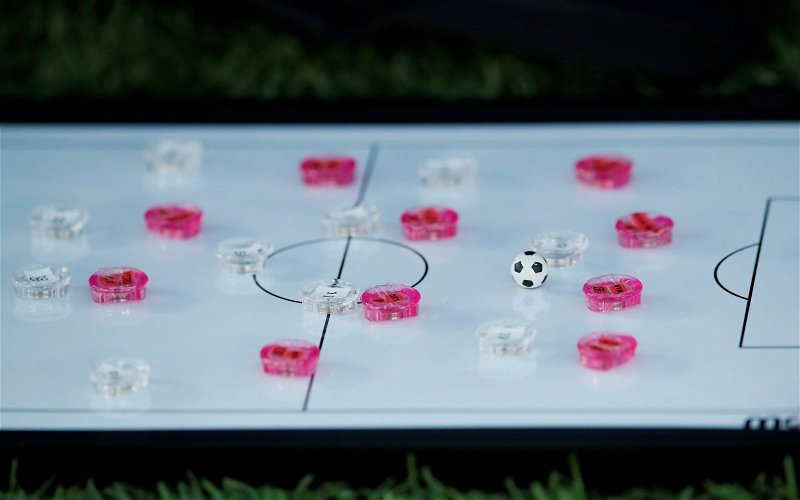 Neil Lennon spoke yesterday about tonight’s game in a way that was both interesting and a big relief to all of us who thought that Brendan Rodgers used to be a little too cavalier at times when we were out on our away match manoeuvres.

Brendan’s record, even in the years when we reached the Champions League groups, even in those qualifiers where we went through, wasn’t as good as Lennon’s has been in this campaign. We’ve been excellent in the four away matches we’ve played under the current manager.

There have been none of the jitters that usual accompanies our away days.

The irony, of course, is that the worst performance we turned in so far was at home, against Cluj. That will continue to frustrate most people at Parkhead until we get the chance to make amends which, fortunately, won’t be long in coming.

Tonight its Rennes, away from home. That’s a difficult match. They are a fantastic team and the last thing we can afford to do against such a side is go gung-ho. Lennon appears to have no intention of playing into their hands with such a setup or performance.

In fact, he spoke yesterday as if we’re going to alter the team shape to play a more conservative style.

That is certainly what is required. We only need a point to give ourselves a very good chance in this group. A team can qualify with 10 points and we’re capable of winning the home games and possibly even beating Cluj home and away.

So what formation will he chose? I don’t think it’ll be the standard 4-2-3-1 which we’ve come to know and love, first under Rodgers and now under Neil.

He may tighten it and play a four-man midfield with a single striker and a link between the two – a 4-4-1-1.

The beauty of that system is that it retains all our current personnel but in a much more compact shape.

If he wants to be defensive he can drop Brown back to play between the midfield and defence, and ditch Christie for a midfield duo of McGregor and Ntcham in front of Brown, with the onus on getting the ball wide and bringing the wingers in to support Eddie.

That formation requires the three front men to cover a lot of ground, as there’s nobody “in the hole” between them and the midfield.

But it does give the defensive unit that solidity which might be needed on a night like this.

Nobody can conceive of Lennon playing a 3-5-2 or anything that involves dumping the full backs, but that doesn’t mean that a three-man central defence is necessarily out of the question either; he can go with Ajer, Jullien and Abd Elhamed with Bauer on the right and Bolingoli on the left; a 5-3-2 with the Ntcham, Brown and McGregor in the middle and Christie or Forrest supporting Edouard, either as secondary strikers or “false nines”.

Lennon said yesterday that we have “(assessed) … scenarios in terms of changing formation. We are not expecting to have the bulk of possession, which we normally have. Rennes are excellent on the ball and use the 3-5-2 system very, very well. They have had some stellar results already this season, including beating PSG, and they are sitting second in Ligue 1.”

They are, indeed, a formidable side.

“We have given this game quite a bit of thought over the last few days and we have worked on a few things, and the players are ready.” Lennon said, so the players already know what the approach is likely to be.

This is another very good sign that Lennon is a much improved manager from the one who left Celtic Park previously.

His away record in Europe so far is superb, and he showed at Ibrox that he knows how to set up a team to directly combat what an opposing manager is thinking … Lennon’s tactical plan was vastly better than that which Gerrard put forward on the day.

Tonight he has to get it just as spot on.

We’ll find out what he’s thinking at a little after five, I expect.