Fear And Loathing At Ibrox: Stevie G, How Will You Get Yours? 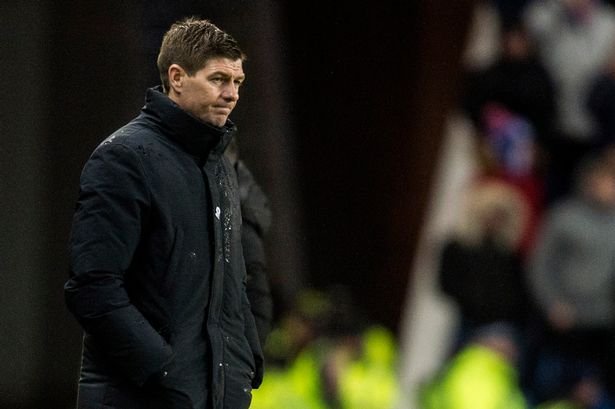 Oh dear. Oh how sad. Tragedy strikes, and the violins come out. Who wants to put some money in the case and request a Song For Stevie?

How about the old Funeral March? Can you play that with a violin? Beethoven’s Symphony No 3 contains a very good version of it.

Trouble is in the wind, like the smell of something that died and is now being picked over by the vultures.

The sound of booing at Ibrox yesterday would have been louder had more fans been inside the ground when the whistle went.

The 700 plus in the Celtic end were perfectly audible.

Oh how the Ibrox directors wish that sectarian singing was their only problem.

This is how it begins, you know.

This is how the desperate slide starts.

The abyss swallows all of us eventually, but the life of a manager is a desperate scramble to avoid its gravitational pull. You’ve not earned your spurs until your first dismissal, and of all the questions that come out of that result yesterday, this one is my favourite:

Stevie G, how will you get yours?

Look, this guy is not a good manager and no amount of spending will make him one.

Even the SPL will not be able to dress it up.

He’s had an easy run of it in Europe, against middling teams, and yesterday he went into the home game needing a win which would have seen him anointed as the Chosen One. Remember The Simpsons? When Homer is made head of the Stonecutters?

Based on nothing but a dodgy birth mark and a smeared piece of parchment.

Who the Hell knows what the Cult Of Steve Gerrard is built on? Nothing of substance anyway. What did I say before? That this guy has “loser” written all over him. Anyone who was caught up in the media’s incessant anti-Celtic hype of recent weeks deserved what they got.

And so yes, this is how the steady slide starts. This is the pressure starting to ramp up, the first he’s been put under since this season started. The curtain will fall long before it’s mathematically impossible for them to win the title.

So where, and how, will it end?

History is full of wonderful examples, tantalising stories which might offer us a hint of what it will look like when the ship goes down.