Gerrard’s Europa League Rant Was Utter Nonsense And The Record Let Him Away With It. 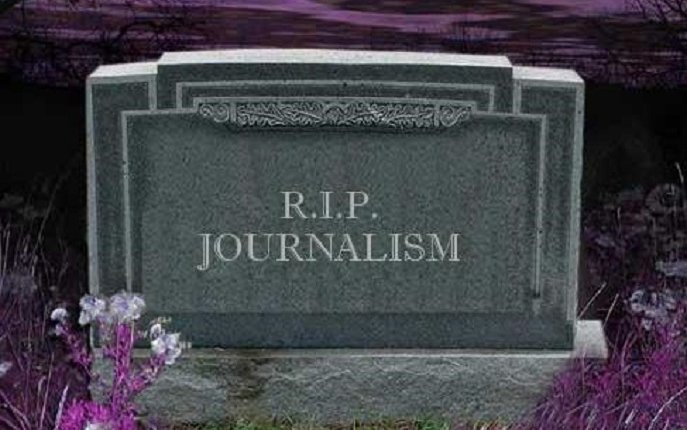 Today in the media there are a couple of “cry me a river” stories about poor Sevco and how UEFA’s “stupid rules” and “crazy regulations” are hindering them.

Gerrard sat in the front of the press and bleated over how he is restricted in how many players he can name in his team, and of course, The Record loved it.

I hate to be the one to point out the screamingly obvious, but every club in Europe is subjected to the same “crazy” regulations.

I find it incredible that an attention seeking tantrum from Ibrox should, again, compel a national newspaper to publish such utter tripe.

I’m going to do this one line by line and piece by piece. It needs it. It demands it.

So take a bow, Scott McDermott, this one is yours.

It an article of undiluted pro-Ibrox nonsense which would be regarded as an embarrassment to the profession in any other country.

We need to begin with the top of the piece. It is headlined thus;

And right away we’ve established that it’s not the Ibrox manager who is howling at the moon, it is UEFA for the nature of their rulebook. This is the Ibrox mind-set to a T, of course. A complete joke. But the sub-heading will make you laugh even more.

“Gerrard admits the Europa League rules could affect his selections in the Premiership.”

Eah? What the Hell does one have to do with the other?

This is them getting in the excuses early, not only for failure in Europe but in Scotland too.

And that’s UEFA’s fault! Here’s the opening paragraph and it is a beauty.

“Steven Gerrard wants to include more players in Rangers’ Europa League squad – but says UEFA’s crazy rules are stopping him.”

And I’m sure that all the top clubs in Europe must want to submit 50 man squads but there are good reasons – not crazy reasons – why they aren’t allowed to do so.

We’ll get to the rules themselves in a minute, but to actually write that line as if Gerrard and his club is something special and that the rules are some of joke … that’s embarrassing even for the hacks here.

“The Ibrox gaffer has been forced to leave out the likes of Jordan Jones, Greg Docherty and Jamie Murphy for the group stage.”

No, let’s be clear on this; he wasn’t “forced” to do anything.

That word does not belong in this section.

He had choices to make, and he himself chose to leave those guys out.

And two of them – Jones and Murphy – are injured anyway and probably wouldn’t have made the cut. Right away, the article it taking Gerrard’s side and assuming his point of view. Journalists are supposed to report facts; this is McDermott spinning on behalf of the Ibrox boss.

“UEFA only permits a first-team squad of 22 players, which must include four home-grown stars.”

McDermott should be hauled over the coals for that, and so should the editor who allowed that to go out.

Because, of course, this is complete bollocks.

From a senior sportswriter that is the stuff of humiliation legend.

UEFA permits a first team squad of 25 and any number of players in a B squad.

Every person who knows the tiniest thing about European football is fully aware of this … and McDermott doesn’t.

I mean, he is a football correspondent isn’t he?

He’s not the tiddlywinks editor, and wandered into the wrong cubicle?

“Gerrard admits he’d like to have more options in his Group G squads against Feyenoord, Porto and Young Boys. But the Gers manager said: “If we could have a team suited to domestic games and another to European matches, we could possibly make changes and do it.””

What a loony suggestion.

No wonder Mark Allen chucked it if this is the kind of nutty idea being promoted within the club.

It is also an insult to the rest of the Scottish football. What egotistical claptrap that is.

And you know what else?

Everyone would like to have “more options” in European football … but only some could afford them, which is why the rules exist.

““But the rules make it impossible. You can only pick 22 players, which is crazy. And four have to be association trained.”

That’s where McDermott got the number; from Gerrard’s own mouth.

And he didn’t even question if it was factual or not, he just wrote it and stuck it in there.

I repeat, this is a nonsense.

A squad can include 25 players and, yes, four have to be association trained … but you can boost the squad if a further four have been produced in-house, a la Forrest, McGregor, Tierney when he was here, Mikey, Ewan Henderson … I’ve written about this before.

““I wish I could use more people across the domestic and Europa League games.”

Listen to this pitiful nonsense would you?

He has built two full squads at Ibrox.

He thinks the ability to name a provisional 21 man squad without a single club produced player is limiting?

I thought this argument was settled 20 years or so ago?

Everyone accepts the European regulations; they are just good sense.

“But I can’t and that might have an effect with my selections in the Premiership.”

Awww who has the violin today?

“That’s something I have to play around with in my head.”

Play with it on your big tactics board instead, see if it starts to make sense to you.

“It’s unfortunate and frustrating because I wanted to pick someone like Jordan.”

NOBODY WAS STOPPING YOU.

“But I’ve got three people in his position who are fit and well so I have to do what’s right for the club.”

THEN WHAT ARE YOU MOANING ABOUT?

Honestly, this is the weakest of all the articles I’ve highlighted this week, with McDermott simply reproducing whatever came out of Gerrard’s mouth without editorialising or subjecting a single one of his claims to the scrutiny it deserved.

Let’s open with this; Celtic named a 23 man squad, because of the same restriction.

We didn’t moan about it.

Indeed, I wrote a piece about how creative our squad management was here.

We included Odsonne Edouard and Kris Ajer in the B team because both are young and both had spent the proper number of years in Scotland, under the age of 21, to qualify for it.

The better way for us to manage the squad is to have a core of club-produced players in it, which is exactly what we’ve done over the last few years, and with great success. The conveyer belt has Mikey Johnson (also in the B squad) and Ewan Henderson on the brink of the first team, and Tony Ralston would have been in the side except he’s out on loan along with Henderson.

UEFA introduced their squad cap for this explicit purpose, and the national leagues of Europe endorsed it for the same.

It is to encourage clubs to develop their own footballers, and that almost every European league has, in the years since this rule was introduced, produced at least one top class footballer, with many of them – even from the so-called smaller countries – produced many, many more than that, shows what a success it has been.

But yes, those rules don’t account for clubs with lunatic transfer policies and manager’s who can’t coach.

The problem Gerrard has – as anyone who read McDermott’s drivel realises – is that he has no idea how to improve the footballers he has.

Kenny Miller was in the papers the other day slamming their youth development process as well … and he was right.

He points out that not a single current Ibrox first team player was produced by their academy.

For a club that clawed its way from the bottom tier with the ambitious goal of doing so with a team full of its own home-grown stars, that is atrocious.

We all know what happened to that plan.

It is a failure that goes back a long, long way and can’t simply be foisted on Gerrard; that club has signed over 40 players since it won promotion to the SPL … think about that.

Where the Hell was youth ever going to stand a chance?

But his predecessors were allowed to do the same thing, so how much can you really blame him?

Gerrard is wailing over the club’s latest self-inflicted wounds … and he was the one who inflicted some of them on it.

The real disgrace belongs to Scott McDermott and his rag, for letting him get away with it.