Greg Taylor Is A Celtic Player And Will Wear The Number Three Shirt. 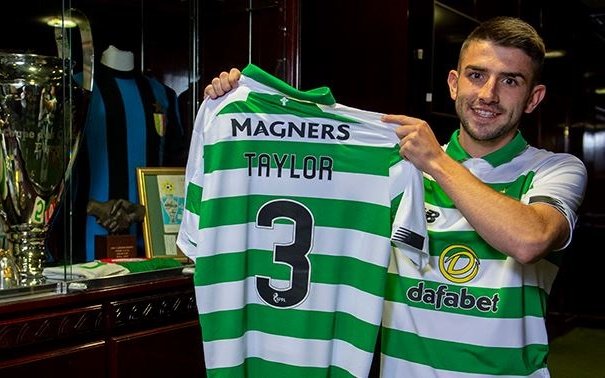 Greg Taylor signed for the club tonight in what’s expected to be our last major piece of business in this window, although there are, as I said earlier, possibly two more defenders incoming.

The cost is undisclosed, but sources say that it was £2.5 million or thereabouts.

Here’s an interesting rumour; the holdup was supposedly over a loyalty payment Kilmarnock would have owed the player, and the word is he waived it to get the deal done.

And this kid, remember, was the subject of debate on Ibrox fan media over his allegiances to their club.

Well that’s a huge sacrifice – if true – just to sign for their bitterest rivals. It shows you that the attraction of Celtic is very, very strong even for their fans.

That’s not a sign that he is the preferred option, but the player is not coming just to sit on the bench. He is currently on duty with the Scotland squad – that’s a heavy position he’s in there, with Kieran and Andy Robertson in front of him for the shirt, but that he’s at Celtic now will give people something to think about.

He will add real quality to the left side, and he and Bolingoli will duke it out.

It’s been a long time since we had two really competent players for each position at the club, and this window has fulfilled our hopes on that score, and not just in defence.

This deal has taken a while.

It is difficult to believe that there was any point at which it looked like it would not happen, but that it’s gone to the last day is hardly a surprise; this is how we generally do business. Unless there’s a major surprise in store – a very pleasant one – this will be the biggest bit of business involving us on this, the last day.

You know what? I think I’m generally happy … one or two more pieces into the jigsaw would have been a result beyond our expectations but they can wait until January. This club, let’s not forget, still has money to spend if a certain other side is still standing and clinging to our coat-tails at that time, although I very much doubt that they will be.

Enjoy the rest of your night folks, we’ll talk more tomorrow unless something completely out of the blue comes up and stuns us with its brilliance and ambition.