I Cannot Wait To See Celtic Again. These Internationals Came At The Worst Time. 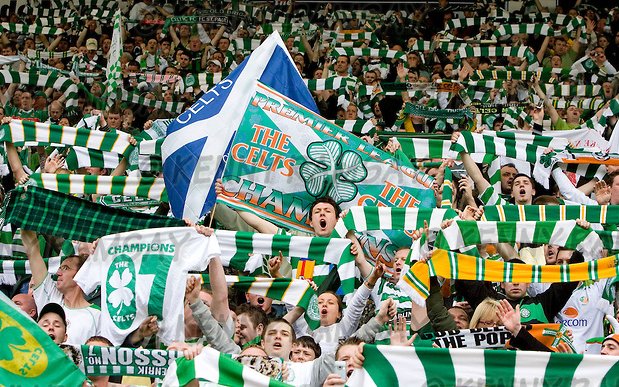 There are, I’m sure, a lot of Celtic fans who enjoy international week. Whether they’re supported Scotland or Ireland or one of the other home countries, or whether they pledge allegiance to some other nationality and team, I am certain that they are out there.

I’m also certain that just like the rest of us they spent this particular international break just itching to get it over with and get The Real Stuff back on again.

If someone had told me after Cluj that by the first week in September, I’d be looking forward to every Celtic game again I’d have said that was bonkers.

That night, after that performance, it looked like it could be a very long season, and that feeling was amplified by the dismal display against Dunfermline in the League Cup.

The home win against AIK was crucial, and the second goal in that game most of all. We went from there to demolishing Hearts with big Bayo up front, and he looked the part even if Levein and the SPFL conspired to nick his goals from him. It was the away game in Stockholm that did it though.

I thought we were absolutely brilliant that night. I thought it was a great performance from the whole team, a performance with real polish, real class to it. The team looked as if they’d found their swagger again, and that was evident in the way they took the field at Ibrox.

Ibrox, of course, was just perfect and especially from the defence, who never looked troubled the whole day. Confidence is coursing through this team again … I just hope that the international break hasn’t taken some of the edge off. If we had kept on playing right after leaving Ibrox I am sure we’d have continued putting teams away with ease.

I’m not going to say the next run of games is easy – I would never disrespect our opponents like that – and the European ties in between will complicate things. But really, I can see us picking up an awful lot of points between now and the end of October, when we’ll move into the crucial month of November when he we will hopefully set up another final appearance.

We have Hamilton away and Killie at home, with Rennes in France sandwiched in between.

Then we have the League Cup quarter final against Thistle.

Hibs away is three days later, and then we have the revenge match against Cluj at Parkhead right after that.

I am looking forward to all of them, to every minute of every match. That we have so many in such a short space of time makes me kind of giddy. Starting with Hamilton at the weekend, there are five games before the month ends, ending with the Hibs game.

It’s exciting, and there’s no reason why we shouldn’t finish unbeaten.

Rennes away is the one where a slip is most likely, perhaps more than a slip because they are a fantastic team.

But if we get a draw there – a big ask – it should be a good month.

I can’t wait for us to get started. International week is always kind of draggy … this one feels like its lasted a month, and there’s still a Scotland game to come.

Don’t get me wrong, I’ll watch it … but my heart longs to watch Celtic once more.