Ignore The Sniping Hacks. Celtic Is On Fire And Burning The Form Book To Ash. 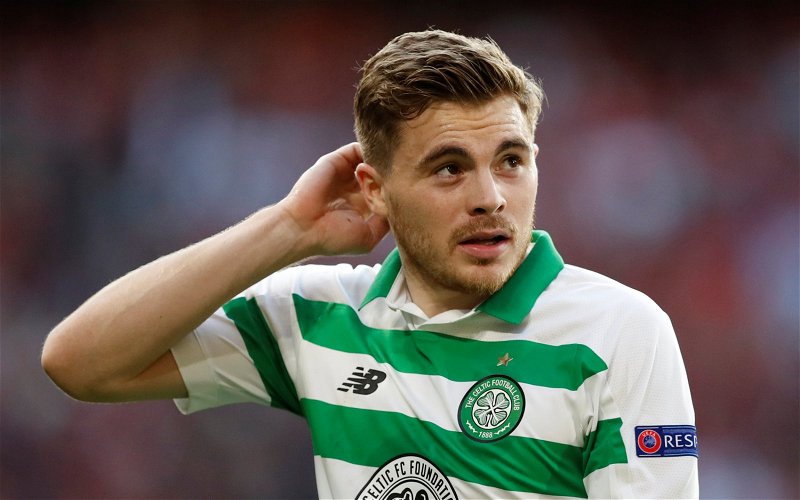 Celtic were on fire today.

The fans were there in all their noisy, passionate glory.

The media will try to taint it because of Kilmarnock’s goal, but the fact is that we turned up and the football was scintillating from beginning to end.

We ruled the game.

Some of the passing was exquisite, accurate and just breathtaking.

Some days are just like that. Everyone to a man turned up and ran their legs off for the team and the fans and, when the pace dropped for a minute, the crowd around me rose up and made that sound that injects energy back into the players.

My personal favourite moment was Fraser Forster’s penalty save, a save so powerful and confident.

I heard the contact from my seat, and the fans and players celebrated it like a fourth goal.

The bitter brigade will say that Kilmarnock weren’t at their best and many other statements that will make us look less than we were today. The simple fact was that the stars were aligned and the team played like they had known and trusted each other for years, and the fans were in on the act too.

The new bhoys Bolingoli, Julien and Bauer were confident and settled, playing like players who have been part of the team longer than a few short weeks.

Brown was bullish and steady, Christie was his usual twinkle toes, and the list goes on.

Everyone was a safe and reliable bet today.

Even the subs came on and switched the afterburners up to full.

Hayes and Rogic bounced onto the pitch and straight into action.

It was a truly enjoyable afternoon that bodes well for the coming months.

Eduoard looked tired to me but still managed two exquisite goals. The only man who had a bad game for me was the referee who, when wasn’t making mind boggling decisions, was getting in the way of the ball, so fast was the pace. He broke up Celtic’s play more than Kilmarnock today.

I wanna be Eduoard.