It Is Way Too Easy For Ex Ibrox Players To Try To Unsettle Our Players Through The Media. 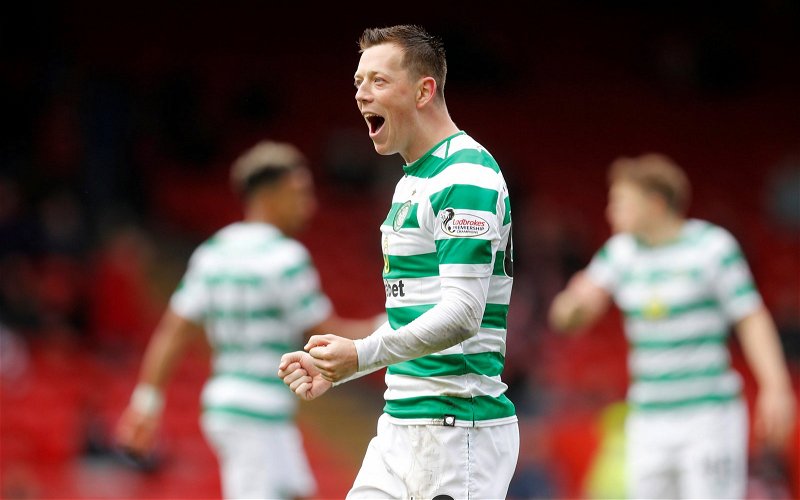 Is it a coincidence that a story suggesting that Callum McGregor will “move south” has popped up on the day of a massive game?

Of course it isn’t.

Nor is it a coincidence that this story originated on the clickbait site Football Insider, via an ex Ibrox footballer, Alan Hutton.

It is way too easy for ex-Rangers players to get themselves all over the papers with nonsense about our footballers. Anyone who fancies getting themselves a headline can just pick up the phone, call a friendly hack and offer an ignorant opinion … and it gets into print.

It is not a secret that we in the blogosphere operate as part of a two-tier system in which the mainstream media still has the primacy.

They are called a “primary source” of news because they have access to the people at the centre of the story in a way that the blogs do not.

They can get interviews, they can go to the players and the managers for quotes and reactions.

They have a cachet that we don’t.

Alan Hutton doesn’t even pretend that he speaks with knowledge on the thinking or intentions of either Callum McGregor or Celtic. He has simply regurgitated what’s already been in the media – much of it arrant nonsense – and added his own ignorance to the mix.

The papers would be as well canvassing opinion from any bar-room “expert” as this.

In keeping with the laziness of the press, The Express hasn’t done any research of its own, it’s taken the words that Hutton spoke to Football Insider and reproduced them. It’s not news. It’s recycled gossip. Hutton plays the game, therefore his opinion matters.

And because his opinion matters so do theirs. What a ridiculous state of affairs that is.

This is why it’s so easy to get anti-Celtic stories into the media.

Anyone “in the game” who fancies it, or just anyone who wants his own picture in the paper – as notorious attention seeker Nacho Novo did this week with his preposterous contention that he was “targeted by the IRA” – can just call up a journalist and talk any old trash they want and it’ll be taken seriously.

Hutton doesn’t have a clue what any player at Celtic Park is planning to do with his future.

The clickbait headline The Express slapped on its piece – “Callum McGregor tipped for Celtic transfer exit – ‘He would fancy coming down south’” – is speculative at best and clickbait garbage at worst, and the article contains not one word of fact that would support it.

But on a day when we’re preparing for a Europa League group stages game this is what many people are waking up to.

And it’s treated as “credible” by many because of the source; an over-the-hill ex Ibrox footballer who much of the game up here had forgotten.

But today, he’s got his picture in the papers again, so job done.