Lennon Ditches The Defensive Concept And Goes For It Against Rennes. 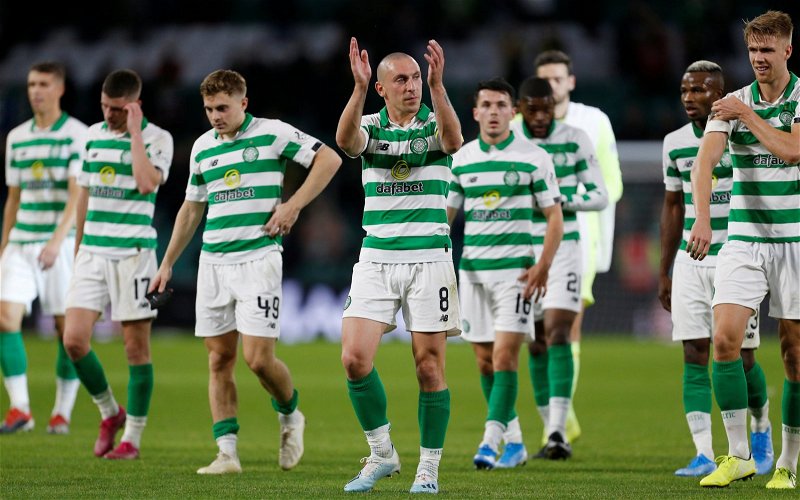 Well this was not the team I saw coming, or at least not the formation.

Within the construct of the current system this was the starting eleven just as I called it on another site – but I really didn’t think he would go with the 4-2-3-1 and play attacking football here tonight.

I thought he might shore up the back and keep it tight.

But Lennon, like Rodgers before him, likes to have a go.

It’s possible that we’ll play a more compact form under Neil, but he’s basically sticking with the tried and true. And you know what? If it comes off he’ll get the credit he deserves.

No surprises at all in the line-up with this formation.

There’s no Ntcham, who would almost certainly have played had we pulled Brown back into the anchor role. Christie plays in the hole. Elyounoussi plays wide left, which is exactly what you would expect with his being far and away our best footballer in that position with plenty of European experience.

There are no shocks on the bench either; it’s Gordon, Ntcham, Hayes, Morgan, Bayo, Bauer, Rogic. There is still no place for Scott Sinclair in this squad.

The Celtic team for this game lines up as follows;

It seems to be exactly what it looks like, the classic 4-2-3-1 unless Christie is playing a more central role, which, frankly could have been done better by Ollie.

So we’re going to go for it.

Well why not? We’re Celtic, and that’s the way we play. 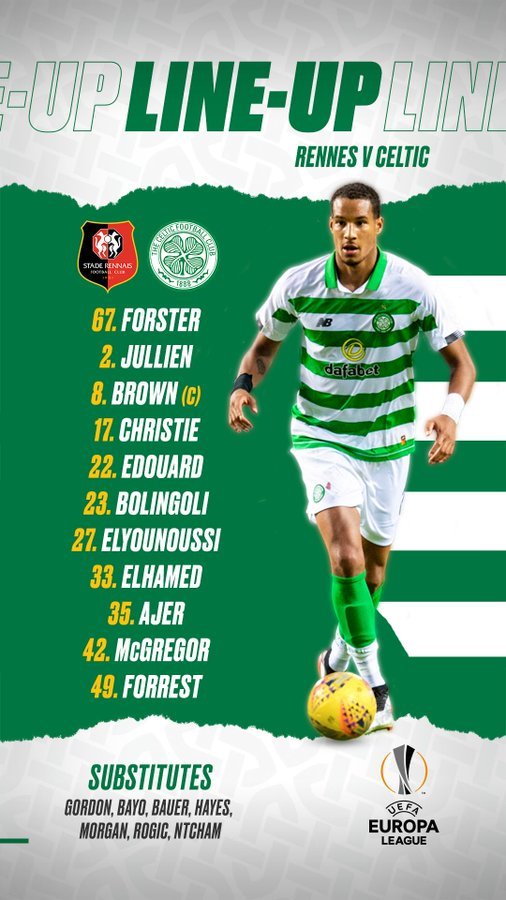