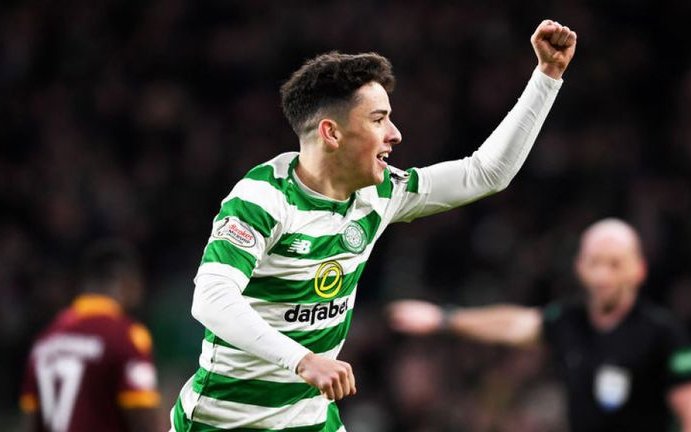 When Celtic submitted the squad for the Europa League in the middle of last week there was no surprise in that all of our new signings are listed.

Some players had to drop out too. Many expected Scott Sinclair to be one of them.

But Lennon was smarter than that.

Celtic utilised a little understood rule during this registration, and we moved Odsonne Edouard to our B list, where Kris Ajer already is. We were able to do this because both footballers have been at Celtic Park for two years and both were born after 1 January 1998.

Our squad for the competition is 37 players, with 14 of them appearing on the B List and 23 appearing in the first team, or A list.

Joining Edouard on the B list are Mikey Johnson and Karamoko Dembele. We are a couple of players short of being able to register the full 25 A list footballers, and this is partly because of the departure of Kieran Tierney.

But we’ve boxed clever here and made sure that no first team footballer has been left out. The only player who has dropped out of the squad is Jack Hendry, who it has to be said has done himself few favours by digging his heels in and turning down moves.

I feel bad for the kid actually; he’s not up to the job, but that’s not his fault.

He was a poor signing, and hasn’t stepped up. I can’t understand though why he doesn’t want to pursue first team football elsewhere. Perhaps his confidence is shot, although I’d have thought actually playing games would have been the best way to fix that.

Nevertheless, Celtic had a dilemma here with the 23 man limitation, and we’ve managed to solve it in a very elegant way.

People forget how young Eddie is; it speaks volumes that he qualifies for the B team at all. It is all the more impressive when you consider that he is far and away the most important member of the squad at the moment.