Many Fans Think Celtic Should Never Bring Players Back. For Wanyama We’d Make An Exception. 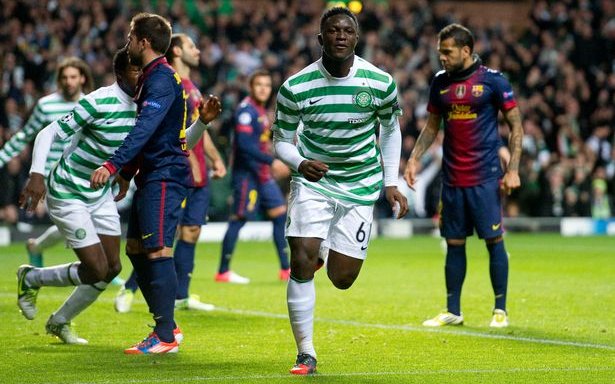 I wasn’t thrilled to hear we’d brought Fraser Forster back to the club on loan.

I was more concerned, at the time, with our dismal progress in bringing in stand in full backs and an exciting attacking player who could open up defences. We were to solve those problems before the window shut, and although two are on loan I was pleased with the quality of the pair.

Fraser Forster is on loan as well, which, to me, was doubly frustrating. There’s nothing new to learn about someone who’s been at your club before. I’m a great believer that you should never go back, and that it’s also hard for a player to do.

Yet big Fraser has looked settled and calm, and we’re all pretty glad, if we’re being honest, that he is between the sticks.

He has already made the defence look much more relaxed, which is something a lot of folk misunderstand about goalkeepers; a good one calms everyone in front of him, and he does that and you can see the effect it has.

I am glad he’s returned, but there is one player I’d have taken back without the slightest hesitation and I am tantalised by the idea that it was being considered … and maybe would be again. Victor Wanyama was always one of my favourite footballers whilst at the club and I would have been thrilled had he returned on a one season loan.

I reckon the SFA and SPL would have been as well just wrapping up the trophies and bring them round to Parkhead and dropping them off immediately had we closed the deal and brought Big Vic to Celtic Park again. He would have been a colossus here.

Let’s face it, he was last time, even as a big raw boy which he was when we signed him.

I was never sure whether I preferred him at central defence or in the defensive midfielder role when he was at Parkhead, but then I saw him playing there for Spurs and I was astounded at how accomplished he is in that area of the pitch, and how fierce.

The midfield is the most crowded part of this team, but let’s not kid ourselves, he would breeze into it even at the expense of a McGregor or Brown. Both need a break anyway, especially Callum, and this guy would have strolled in his place.

He would have been a shoe-in for a player of the year nomination as well as another handful of winners medals.

Could it happen in January? I reckon the league race could be over by then, so what would be the point? As part of an extended, 18-month loan deal? Ha! If wishing made it so, but I have my doubts. This one might have slipped away from us, and if so that makes me sad because it would have been a game-changer and just what was needed.

Of course, there is that other issue, the one I mentioned above, about players needing an extended break.

Bring Vic in for January and give Brown and McGregor some time off during the latter part of the campaign and have both ready, all guns blazing, for the Ten campaign … that makes a good kind of sense, and I can see us maybe considering that.

Fantasy land stuff, perhaps, but we are allowed to dream. Big Vic himself gives off the impression of being someone very keen on the idea of coming back to Parkhead, although it would be a short term thing only, and requiring a huge wage cut … but you never know.

One thing is for sure, there’d be no-one protesting this one in the car park.

Celtic fans would have welcomed the big man back with open arms … and one day maybe we will.