No Wonder Celtic Fans Are Turning Their Backs On The National Team. The SFA Is Rotten. 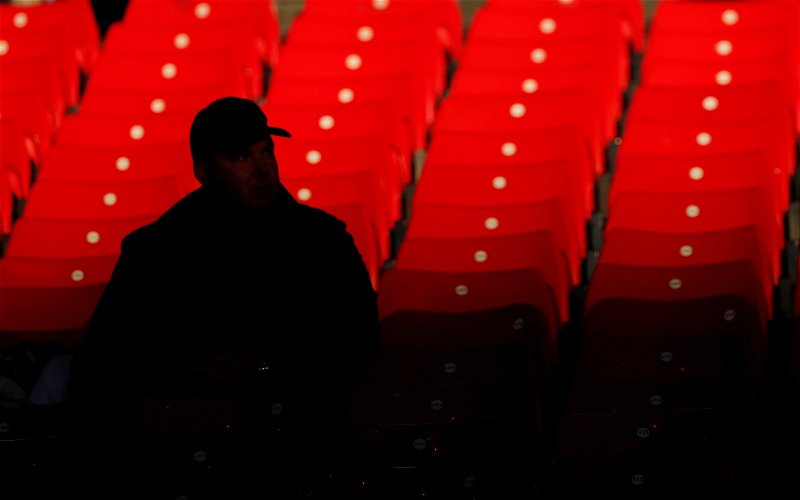 I have been quiet for a while.

Some of you may find that a very good thing.

But last week’s international football was so shocking that I had to comment on it.

Recently the SMSM have discussed, as have we wall, the level to which our national team has fallen.

Now many of us have different views.

From a purely player quality standpoint some believe we simply do not have the talent; this is nonsense.

We are not world class but we have as good a player as many countries, and better than a lot too.

Some within Scottish football say we play too many players of the one type of player.

There as argument for that. We do not allow flair to take centre stage when we should.

These and many others arguments hold the floor at different times, however what never seems to raise its head is this:

You cannot produce a good product when you are rotten at the core!

And that is what it boils down too.

Our game is rotten at the core.

I do not mean, by that, that we have rotten players, our administration and those running the game are rotten. Our game is run by incompetents, sycophants and liars.

Aided by the same amongst our so called sports and football “journalists”.

This has been proven repeatedly and usually because Celtic have been forced into taking the game’s administrators – and our sportswriters – to task.

You only have to consider what has happened around, and then after, the death of Rangers in 2012.

First was the complete failure to follow “fit and proper persons” checks on Craig Whyte.

They could have been done, easily.

Why weren’t they? One reason; the media was calling the guy a billionaire and the SFA did not want to be blamed for shutting him out of Ibrox.

Then there was allowing Rangers access to European football in season 11/12.

That issue is so serious that it is still being pursued by Celtic shareholders who – rightly – believe our club was robbed of a potential multi-million pound Champions League bounty.

When Rangers died we saw the birth of the Survival Lie.

Then there was the bullying attempt to get Sevco into the highest possible place in the league structure.

Then there was the 5 way agreement … a document so rancid some wonder if it was even legal.

In light of what happened over there, they should have come down hard on any possible fit and proper violations att Sevco.

Yet in came Charles Green.

But even that didn’t end it; there was the off License Putsch, and a convicted tax cheat walked right into the ground and took over.

That deal was so dodgy, and so wrong in every aspect, that it was the subject of a massive investigation by the City of London Takeover Panel … who found that King and his people had deliberately concealed evidence that they were in a partnership, and thus fell under the concert party regulations. Even after they’d been found guilty, King ignored the court until they threatened him with jail.

The SFA said and did nothing. He’s still “fit and proper” as far as they are concerned.

His club continues to deny financial gravity. It almost seems as if it is immune from “financial fair play” rules which all of our European clubs have to obey.

The SFA refuses to pass any for Scotland.

And so far we’ve only focussed on the way they allow that club to be run.

The fans of the same club repeatedly engage in racist/religiously sectarian/violent/pro Nazi behaviour with no punishment from the domestic game.

The media would never have acknowledged any of that without the blogs covering it all.

There’s been no in depth analysis or checking on anything other than the positive points about Ibrox, which usually come from their PR people.

The same media assists in trying to promote the Ibrox club’s transfer strategy, by talking up signings and inventing false information about massive bids for their players.

Now this is not new, it goes back years.

All of these things have happened for decades, both when Rangers were in existence and now in aid of Sevco, but it’s never been like this.

The level of hatred is new too.

In the past the hatred was toward one group of people – Irish immigrants and any relative or friend thereof, Catholics, Celtic fans, Celtic players. And it still is. However, if you’ve been on the forums you’ll find a new element to it … given the multi-cultural nature of Scotland this hatred now includes anyone who is not white, not Protestant in many cases not male, and most certainly it is applies to anyone who is not British.

They are obsessed by this.

Now all of these together has allowed this one group of people, one club, to corrupt the Scottish game in any way they wanted.

For them and their friends.

So how can Scottish football be a decent product either at club or national level, when this rottenness is at the core?

Is it a wonder fans of all clubs are losing interest in the national team?

It’s not a vote of no confidence in Steve Clarke or the team as much as it’s a growing anger at the SFA itself.

Until that organisation changes – until it treats all clubs the same way and works to root out the cancers in our sport – we’re going to continue going backwards.

David Campbell is a Celtic fan and blogger from Glasgow … and he’s back!