Rodgers Defensive Signing Could Be Set To Leave. But Where Did It All Go Wrong? 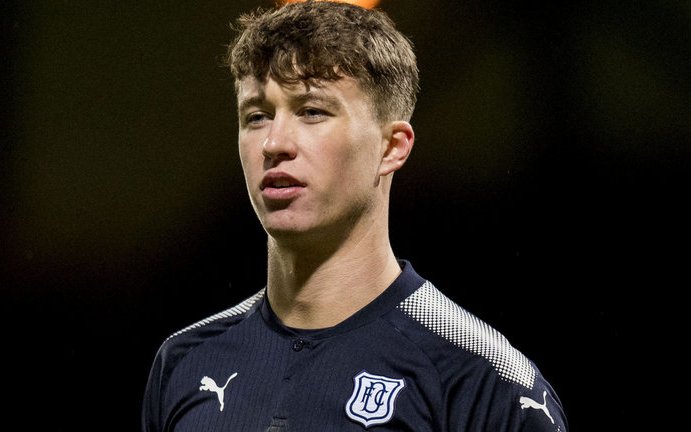 There’s a story today about how Jack Hendry may yet leave Celtic by heading out to Portugal on loan. Their transfer window is open for another week, and there’s been a whisper or two about his likely departure since our own window opened in the summer.

Deals were proposed that would have seen him go to Kilmarnock.

They were never closed.

The player himself is said not to be keen on such a scenario. I can understand why, but it’s not doing him any real good. Lennon has never played him for as much as a minute. He does not have a future at Celtic Park. The writing is most definitely on the wall.

He has played 26 times for the club, which is more, I think, than most people would have thought. All of those appearances came under the previous manager. Frankly, there was no point at which Celtic fans thought they had a star on their hands.

This is not the fault of the player, of course.

Who wouldn’t jump at the chance to join Celtic from Dundee? (I do actually know one player; I’ll be writing about him later today.) He suffered the same fate as any number of others have done through the years, with Scott Allan being another case in point. Some players, however talented, just can’t make the jump.

And that’s the thing here; both Hendry and Allan are good footballers and would comfortably fit in to any other club in the league. Allan has proved it at Hibs. Hendry would have enhanced the Kilmarnock defence and put himself in the shop window a year down the line.

I can’t understand, for the life of me, why he turned that move down.

I sympathise, I really do. Because it must be difficult to accept that the Celtic dream is over before a year has elapsed, and especially after 26 matches.

But I come back to Patrick Roberts, and his refusal to give up on his dream of being a Manchester City first team footballer. His new contract with them doesn’t keep that dream alive, it only maximises the likely transfer fee they’ll get when they sell him.

It’s a business decision that has nothing to do with his chances at their club.

Roberts, at least, has been willing to pursue other moves.

He’s gone on loan to several clubs and is now at Norwich … or he will, rather, if he ever gets in the team. It must be frustrating for him (and for City too who will never get a big fee unless he’s playing games) but he keeps on putting himself out there and trying to get in the shop window.

Jack Hendry needs to leave Celtic and play games, even if it’s just for a season. The dream appears to be over at Celtic Park, but even if it is he surely wants a career beyond the here and now and one club? He surely has to realise that he’s an age where he needs to be doing it every week or he risks drifting into obscurity. Earlier this year he was a Scottish international … he must want the chance to showcase himself for that stage again.

A club like Celtic operates in a high pressure environment. Some players simply cannot cope with it, and cannot raise themselves to the required level; there is no shame in that. There is no disgrace in being one of those players.

I really do feel bad for the kid, and I hope that whatever happens with him helps him get back on his feet in the sport.

If a move to Portugal is what it takes he should grab it.