The Herald’s Kent “Threat To Celtic” Piece Belongs In A Fanzine, Not A National Newspaper. 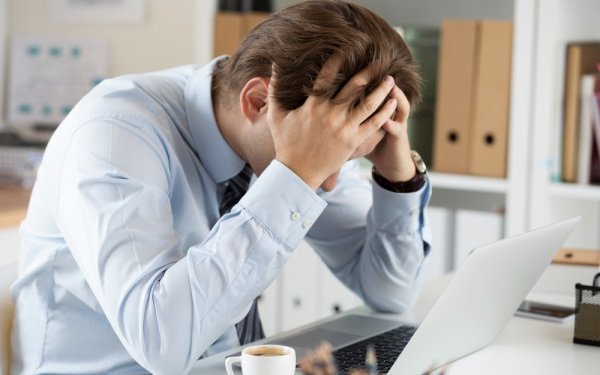 Last night, The Herald published a mind-numbing piece on Ryan Kent and why he will be important to the Ibrox club’s season.

It was a “be afraid, Celtic” article which arrived at its conclusion by making some of the most ridiculous leaps I’ve seen in a long time.

It’s been a wee while since we took apart a mainstream piece bit by bit, but this one deserves the special treatment.

Named “Why Ryan Kent will be vital to Rangers this season,” it was truly, unpardonably, awful.

“As the clock struck midnight on Monday evening, Rangers fans finally got the news they had been waiting on all summer. As the transfer window closed at 12 o’clock sharp, the club posted an announcement on Twitter: Ryan Kent had re-joined the club.”

And without it being at all relevant to the point or the piece, I am just going to remind people that they charged their fans £1 to watch his interview.

“Rangers supporters were delighted with the news, particularly in the wake of their side’s 2-0 defeat at home to Celtic the day before. During the game, Steven Gerrard’s side were crying out for some width, some form of out ball where a player could drive up the park. It never materialised, and Rangers were deservedly beaten.”

The first bit of revisionist nonsense.

They fielded an identical team system to that which had won the game back in May. And they brought on wide players after half time, and one of them had no impact on the game at all and the other got red carded for his one meaningful contribution. Kent wouldn’t have made any more difference than they did.

“So, with this painful memory fresh in the minds of supporters, it is little wonder there was a mass outpouring of jubilation from the blue side of Glasgow when the news broke that Kent had returned to Ibrox.”

Jubilation over the return of a player who was there last season when they won nothing.

A player their club had “moved on” from trying to re-sign … until the defeat.

It is most expensive, and ridiculous, panic buy of all time.

It is colossally stupid but it did the job … it prevented the fans from asking serious questions about their manager and the club itself.

“Last season the English winger picked up the young player of the year award for his performances and regularly stepped up in some of Rangers’ biggest games last season; something that cannot be said of many of the players that started for the home side at Ibrox last Sunday.”

He won one of two awards; David Turnbull won the other.

And if he “regularly stepped up in some of (their) biggest games” I remember only one of them, and bear in mind that they were knocked out of both cups before they even saw Hampden; I guess those games weren’t quite big enough.

His “stepping up” in the one I do remember involved decking Scott Brown when the ref wasn’t watching.

“Celtic fans have been quick to jump on Kent’s goal and assist stats from last season on social media, arguing that the £7 million Rangers paid for Kent does not represent value for money. After all, in 43 appearances in all competitions, they argue, Kent accrued six goals and six assists. By way of comparison, Mikey Johnston chalked up five goals and one assist in 23 appearances for Celtic in all competitions last season.”

James Forrest has played four games this season in the SPL and has one goal and four assists in that time. He’s scored five more goals in Europe … so even without any assists in Europe he’s already on the same number of goals (and four assists) as Kent managed in the whole of the last campaign. Odsonne Edouard has played four league games and has three goals and two assists. Mikey has four goals so far from out wide this season, including one goal and two assists in three league appearances. Ryan Christie has eight goals overall, including four goals and one assist in four SPL games. Want me to go on? You get the point, right?

“Obviously, these figures are indisputable facts. But they don’t necessarily tell the full story. Reducing a winger’s performances to the number of goals and assists they accrue is simplistic and doesn’t paint a full picture of how well they are performing.”

What other criteria should we be looking at?

“When we dig a little deeper into the numbers that Kent was posting for Rangers last season, we can see how important he was to Gerrard’s side. Only three players – David Turnbull, Odsonne Edouard and Scott Sinclair – had a higher shot accuracy than Kent in the league. In terms of progressive dribbles (runs where the ball is carried at least 10 metres up the pitch), Jordan Jones (3.82 per 90 mins) and Gboly Ayiribi (3.15) were the only wingers who completed more of these dribbles than Kent (3.02).”

Oh man, this is desperate.

So shot accuracy is a thing now, is it?

What if you have one shot at goal in a game and it’s on target? Your shot accuracy is 100%, alright?

Who the Hell is Gboly Ayiribi? The other guy is Jordan Jones … who plays at Ibrox. Who came on as a sub at the weekend and did sod all except injure himself trying to injure a Celtic player, for which he was given a deserved red card. So more dribbles except for them? Wow.

“Similarly, Kent’s output in the final third is more impressive than his goal and assist stats initially suggest. For players aged 23 and under, Kent had the fourth-highest rate of shot assists in the league; Aberdeen’s Connor McLennan and Celtic pair Kieran Tierney and Odsonne Edouard were the only players to out-perform the Rangers winger in this regard.”

I actually laughed out loud when I read this. “For players aged 23 and under …”

Could we narrow the criteria any further to make him look good?

How about we limit it to “players whose first names are Ryan and whose second name is Kent”?

“Deep completions measure how many passes a player completes in the opposition box and again, Kent performed admirably in this metric last season. Tom Rogic (2.57 per 90 mins), Ryan Christie (2.48), James Forrest (2.31) and Odsonne Edouard (2.18) completed more than Kent (1.94) per game on average, but no other Premiership player did.”

“These figures demonstrate just how important Kent was to Rangers last season. In all of these metrics, Kent was not only the best player in his team but also one of the top performers in all of Scotland’s top flight. It’s clear to see why Rangers were willing to shell out one of the highest transfer fees in their history to bring him back.”

One of the top performers in Scotland’s top flight?

Based on that criteria?

But excluding the way we usually measure a winger’s displays … yes, I’m sorry, goals and assists. I know that’s a stretch but it’s the way scouts and pundits and managers and coaches around the world judge this stuff. I understand that the Scottish media has, when it suits them, a different view …

“At 22 years old, Kent can still improve and there is no question that Gerrard will be hoping that the former Liverpool winger can chip in with more goals and assists this campaign. It is certainly an area of Kent’s game that can be said to be lacking.”

So, only the parts of the game that can actually … change games?

“But to point purely to these figures in an effort to deride Kent’s performances last season is short-sighted and superficial. Kent’s underlying stats are superb and if the winger can develop further under Gerrard, then he could be a vital player for Rangers this season.”

His underlying stats depend on criteria no-one cares about and which at least one has been reduced to exclude every player in the league over the age of 23 … this is a typical example of the Scottish media designing its data to suit the conclusion it wants rather than dealing with the matter at hand.

Ryan Kent is not a £7 million player.

Liverpool must be laughing at this lot.

But not as loudly as I am.