The Media Is Again Claiming To Know About European Club’s Interest In Our Players. 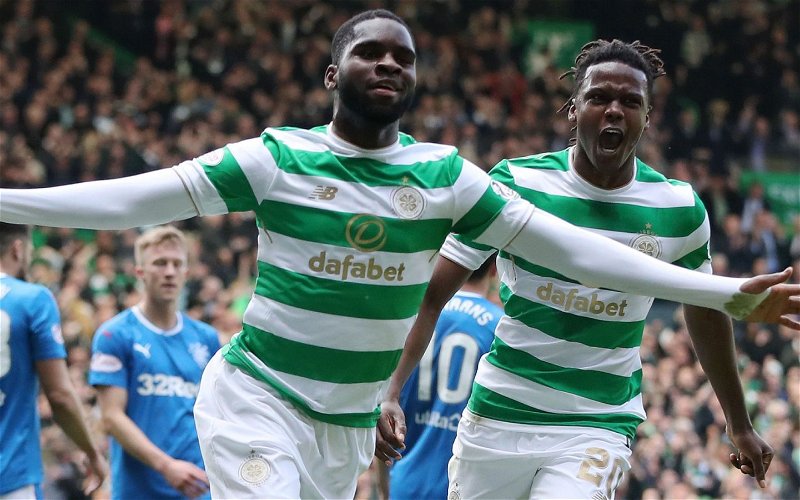 If you’ve been online today you will know that there’s a feeding frenzy going on over stories that Odsonne Edouard is the subject of interest from Napoli.

The UK media which didn’t know that English clubs were in serious financial peril until shortly before bricks started hitting them on the head are, again, amazingly well informed of what’s going on in another Europe country, and more impressively, deep inside a club.

The Celtic Bus Park Fiasco Is Both Chaotic And Dangerous For Fans.

The club is Napoli, of course, who were linked with a move for KT over the course of the summer.

I find that especially interesting, as I strongly suspect that this hints at the involvement of an agent in getting these stories to the media, and I’m not suggesting that it’s Odsonne’s agent either but one of these fly-by-night characters who hovers on the periphery of the business.

Nevertheless, this isn’t a credible story and I suspect most in the media know it.

There was, of course, a certain inevitability about them turning their attentions to French Eddie once Kieran had left and the big man started turning in the superb performances … it started with that dreck last week about a bid from Monaco in the summer, which was, likewise, unsubstantiated garbage and soon shot down by the player himself, who’s expressed his happiness at Celtic.

That will not stop our desperate hacks, and we all know this.

This is the story now, this is what we’re going to have to get used to, but I really don’t believe the hacks have any special insight into what’s going on over in Italy or anywhere else in mainland Europe.

The Tierney to Arsenal story was spot on because the EPL club was leaking like a sieve and every major outlet down south knew their interest was real, and Celtic confirmed it.

You’ll notice that this particular piece doesn’t even say a bid has been made, only that one is being “prepared” for some distant time … it is the very definition of garbage.

There’s going to be more of it, of course.