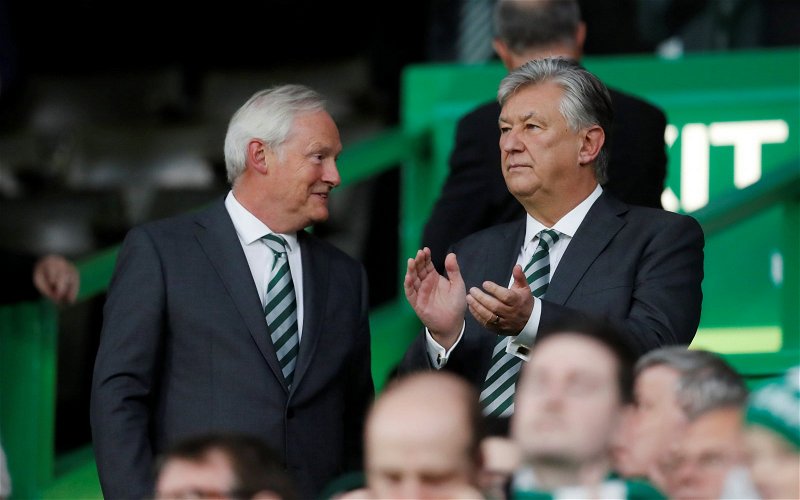 Celtic released their accounts for last season today. We made an £11 million profit for the campaign after tax. In a year without Champions League income. The press response has been open sneering, focussed on the drop in overall turnover.

Our turnover was more than £80 million. Sevco’s was £32 million last year.

Quite frankly, I don’t know why the media’s response to this is outright negativity. Because they are going to have to do an incredible amount of mental gymnastics to try and spin the Ibrox club accounts – which are expected to show a loss despite their return to European football – in a positive light.

They will still try to do it, I have no doubt of that.

Their coverage of this – focussing on the drop in revenue, which everyone expected and predicted as a consequence of no Champions League Group stage participation – is scandalous, frankly, and that STV chose to put Raman on with that big smile of his as he brought us the latest Ibrox moonbeam, was nauseating.

They have signed a deal with a club in India.

There are “footballing and commercial possibilities” to exploit, they say. The media is at great pains to point out that Celtic has done similar things in Japan and America, and that India is the “second fastest growing economy in the world.”

Wow. It all sounds impressive.

Except Japan and America are first world economies. India is still a “developing economy.” And it’s very easy to attain fast economic growth when much of your country’s economy is comprised of sweat shops where they stitch together Adidas shirts for a couple of pence an hour. Affording one is far out-with the reach of those who make them.

The average median income in India is around £300 a month. And if there’s any value in the football market I daresay clubs would have had to be there in advance of the English and the Spanish and the other premium leagues which are shown around the world.

Nobody in India is watching the SPL and no major retailer in that country is selling out replica shirts, unless you include market traders flogging those that are “made in Taiwan” and which you could also buy once upon a time in stalls down in the Barras.

As to those “footballing possibilities” … how many Indian players are in the top flights of England, France, Germany, Spain, Italy, Holland, Portugal or elsewhere in Europe? Of their 2022 World Cup qualifying squad guess how many play outside of their home country?

That’s right, it’s none of them.

So this is a lot of hot air and nothing else whatsoever.

There is bad news on the horizon over there. That they are blowing smoke this thick tells you that there’s something big coming down the pipe at them.

Celtic has just posted a profit for the umpteenth year in a row. Cash in the bank stands now at nearly £40 million which means we could easily survive, comfortably survive, a couple of years of modest debt if we had to. And we don’t have to.

Because we’re run right. We’re run straight. We’ve got a fundamentally sound business model and full transparency. I understand why that’s tough for the hacks to comprehend, so used as they are to drooling over the basket case club that plays across town.

But their sneering contempt will not save that club nor close the gap – the enormous, and growing, gap – between that dysfunctional organisation and ours. We are so far in front of them that they’ve become little more than a dust spec on the rear-view.

I understand why some of their media pals are having difficulty with that tonight.